Home » Feature Articles » And I was ordained a Jenukuruba… 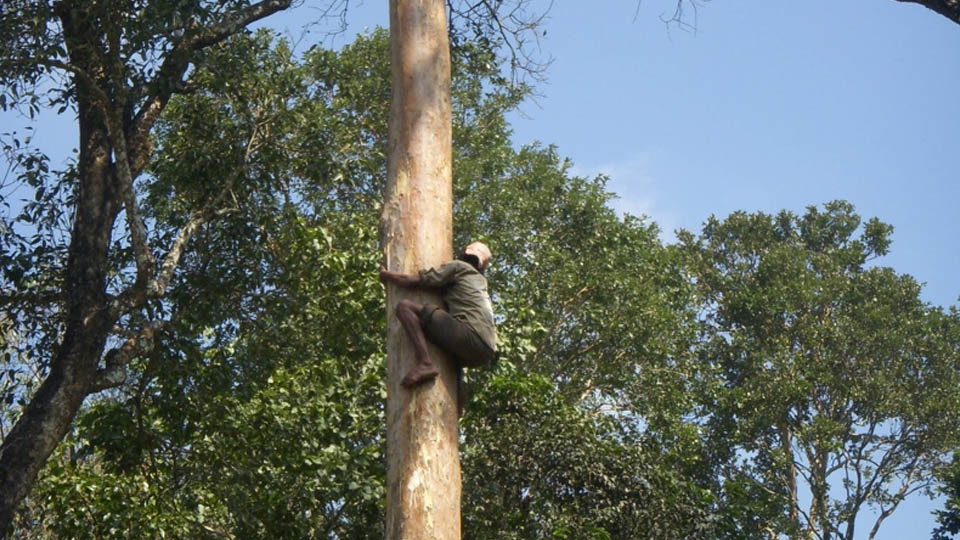 And I was ordained a Jenukuruba…

Caste and religion has today become an inseparable part of the daily discourse.  Whether it is a discussion around a marriage in the family, or renting out one’s house or the politics of the nation, we seem to have reconciled to this being a part of our DNA.

While some of us talk of wishing it away, other forces are constantly working to keep it not only going but also get strengthened each day. From the man on the street to the way the Nation’s Prime Minister and President get elected, caste is everywhere.  From the Constitution and the many legal definitions that have emerged from several case laws, it looks as though one is born with one’s caste.

As I sat wondering about all this, my mind was drawn to an experience that occurred several years ago. I remember that night very well.  It was one of those rare emotional moments that I cannot forget. It was around early 1992 and I was living in our school campus in Hosahalli tribal colony.  My close friends, Dr. Shailendra and Dr. Vivek were then staying at our hospital in Kenchanahalli.  I had just returned from a long and tiring trip to Mysuru city and was fast asleep when I heard someone knocking on my door. Only a few days ago, I had seen a leopard on the verandah of my one-room house and this memory was still fresh in my mind as I hesitated to open the door.  It was then that I heard the voice of Masthi, who was more popularly known as ‘hostel masthi’ as he had worked in a Government tribal hostel many years ago.

He was a very senior tribal elder and the chieftain of the Jenukurubas in Hosahalli and was held in high esteem amongst all the Jenukurubas. I had always known him as a perpetually drunk but a very effective ‘medicine-man’.  As I opened the door, Masthi asked me to have a bath and change into a clean white dhoti and join him as early as possible. I was puzzled and concerned whether Masthi was his usual drunk self.  In reality, it was one of those rare moments when he was actually sober.

Not sure of what to do, I stood there looking for an explanation.  Masthi told me that it was the auspicious day when the Jenukurubas would all congregate at the Masthamma temple and pray.  The temple was a 5 x 5 feet mud walled and thatched roof structure with no idol or anything else inside.  To me, it somehow symbolised the high concept of Advaita and I was always astonished how this tribe that worshipped the trees and plants and rocks could relate to the concept of ‘nothingness.’  All that he told me then was that I was to come and participate in the prayers and subsequent celebrations.

Keeping in line with his instructions, I joined them after a cold-water bath and shivering, with my upper torso uncovered and only a dhoti draped around to protect my bare essentials.  I found all the Jenukururbas of the area had collected at the temple.  The women were all standing some distance away and Masthi started the puja. After their usual sacrifice of many hens and a couple of goats (my protests were as usual, ignored) Masthi suddenly announced that the spirits had told him that I was to be ordained a Jenukuruba that night.  My consent or concurrence just did not matter and I was asked to step forward.

READ ALSO  Leading in the Here and Now…

After some ceremony, which included a violent shaking of his body, he announced that I was a Jenukuruba from that day onwards.  The final part of my initiation ceremony meant that I had to accept the sacred offering meant for their spirits.  I seemed to have no choice in the happenings around me and meekly accepted what was given to me on a teak leaf.  I still laugh to myself when I remember how I felt when he told me that the sacred offering was a piece of under-cooked venison soaked in honey.

And I was a Jenukuruba from that day onwards.  It was indeed a moving moment for me.  This wonderful set of reticent people, who I felt were struggling to come to terms with the pressures of modernisation and the demands of acculturation, had found it easier to make me a Jenukuruba rather than become like me.  While this could neither be validated nor found to be legal by either the Government or the Courts, to me it was the highest expression of love and acceptance.

While I fondly cherish several memories of many anecdotes of my life with these indigenous tribals, this night is something that will linger on the longest.  In their own simple way, these indigenous tribals had given me the social, cultural and psychological security that no piece of Government certified paper could ever bestow on me.