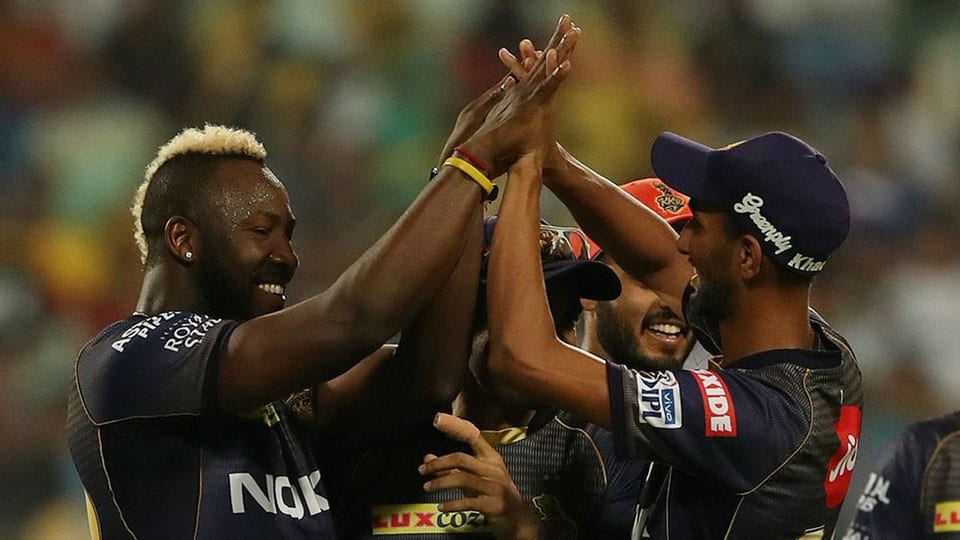 For Kingsmen Mayank Agarwal (58), David Miller not out 59, Mandeep Singh 33 not out were the main scorers.

This was KKR second successive win at home and Kingmen’s first defeat in the away play after winning their first away play against Rajasthan Royals (RR) on Monday.

Earlier, the second wicket (110) partnership between Nitish Rana and Robin Uthappa helped Kolakata to pile up 146 for loss of three wickets in 14.3 overs.

Twenty-five-year-old left handed batsman from Delhi Nitish Rana, who made highest 68 runs for KKR in the first match against Sunrisers Hyderabad, was again in his form and hit 7 sixes and 2 bondaries in only 34-ball.

He was caught by Mayank Agarwal when he lifted for big off debutante Varun Chakravarty.

Andre Russell was adjudged as the Man of the Match.

RCB Vs MI: The 7th match of the IPL today will see Royal Challengers Bangalore (RCB) hosting the 3-time champions Mumbai Indians (MI). Kohli-led RCB have a lot of problems to ponder after their capitulation for 70 against the CSK on a treacherous surface at the Chepauk.