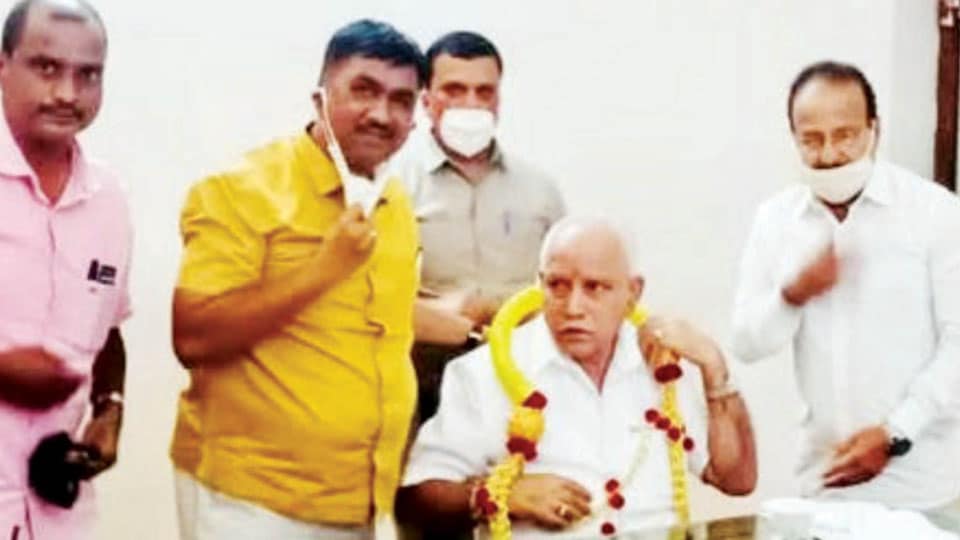 Raghu Kautilya, who is the State Secretary of BJP Slum Morcha, is a close associate of State BJP Vice-President B.Y. Vijayendra, the son of Chief Minister B.S. Yediyurappa. Raghu had earlier served as Chairman of Karnataka Exhibition Authority when S.M. Krishna was the Chief Minister.