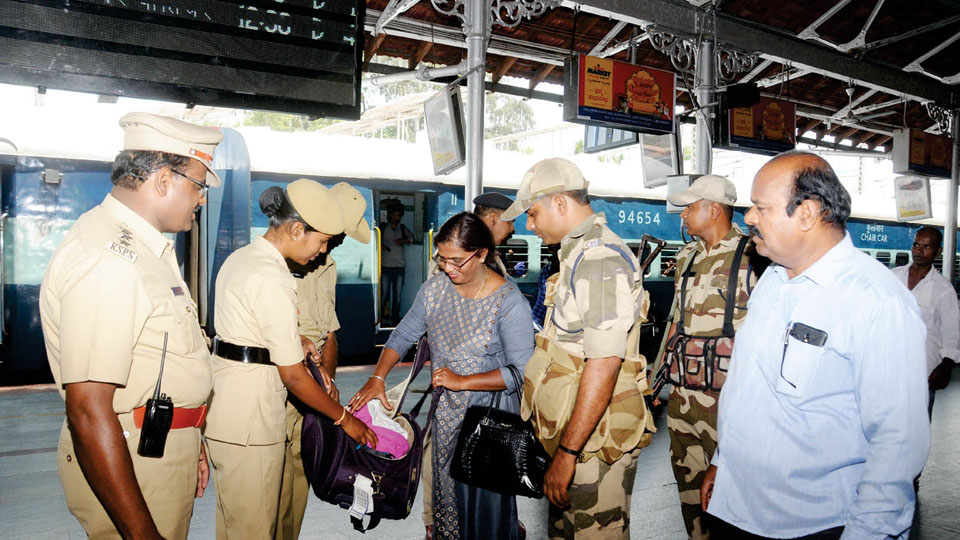 Mysuru:  Even as only 12 days are left for the countdown to the May 12 Assembly elections in Karnataka, the Election Commission of India (ECI) is leaving no stone unturned to curb electoral malpractices. As one more step in this direction, it has asked the Police Department to start random checking at Railway Stations, Suburban Bus Stand and City Bus Stand from today.

Disclosing this to Star of Mysore here this morning, City Police Commissioner Dr. A. Subramanyeswara Rao said that from today onwards there will be random checking of all vehicles at the three places mentioned above apart from the checking of flow of cash, liquor and other freebies that are meant to entice voters at the 49 check-posts set up by the District Administration in the district. He said that since the Model Code of Conduct is in force, directions came from the ECI to check all the four-wheelers and two-wheelers coming to the Bus Stands and Railway Station randomly.

“We will be doing the random checks with the assistance of the Paramilitary Forces that are already stationed in the city. There will be 5 to 6 personnel in each team who will keep a 24-hour watch. All the CCTV cameras, installed in public places including parking lots, will be monitored for any suspicious      movements,” he said.

The movements thus recorded up to 10 pm each day will be sent to the Deputy Commissioner, who is also the District Electoral Officer, who will in turn send it to the ECI, he said.

Apart from this, a General and Expenditure Observers team comprising 22 officers from North India, who are stationed in Central Institute of Indian Languages (CIIL), deputed by the ECI, will also keep a watch on movement of cash, liquor and other freebies and conduct random checking, said Dr. A.S. Rao.

An eagle’s eye is also being kept on the movement of the candidates of all parties, watching their every move. The vehicles they are moving around are also being watched as the money and other inducements could be carried in these vehicles too, suspect the ECI. The random checks will be conducted all over the city too and any person or vehicle moving around in suspicious circumstances will be checked, he said.