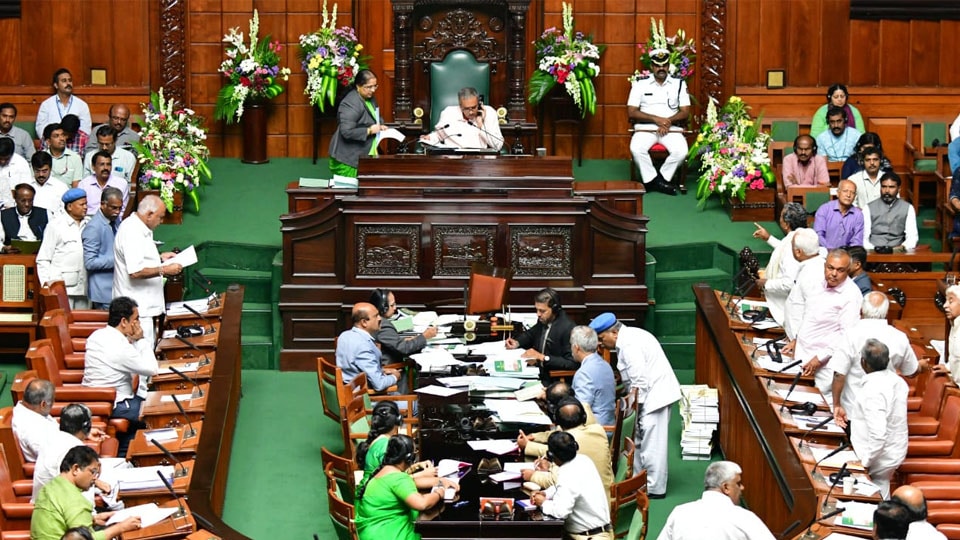 Bengaluru: Amidst restrictions on camera persons from both electronic and print media from covering the proceedings of the session, the three-day Legislative session of the Karnataka Assembly began at Vidhana Soudha here this morning.

The session began with an obituary reference to former Union Ministers Sushma Swaraj, Arun Jaitley and Ram Jethmalani and other members of the House.

Later, the House began to discuss the damages caused by floods in the State and the flood relief announced by the Centre recently, when a war of words broke out between the ruling BJP members and the Opposition Congress and JD(S) members with the Opposition launching a scathing attack on the Government for doing little to address issues concerning flood victims.

When the House assembled this morning, only 40 of the 105 members of the ruling BJP were present, with DCM Dr. C.N. Ashwath Narayan among the noticeable absentees.