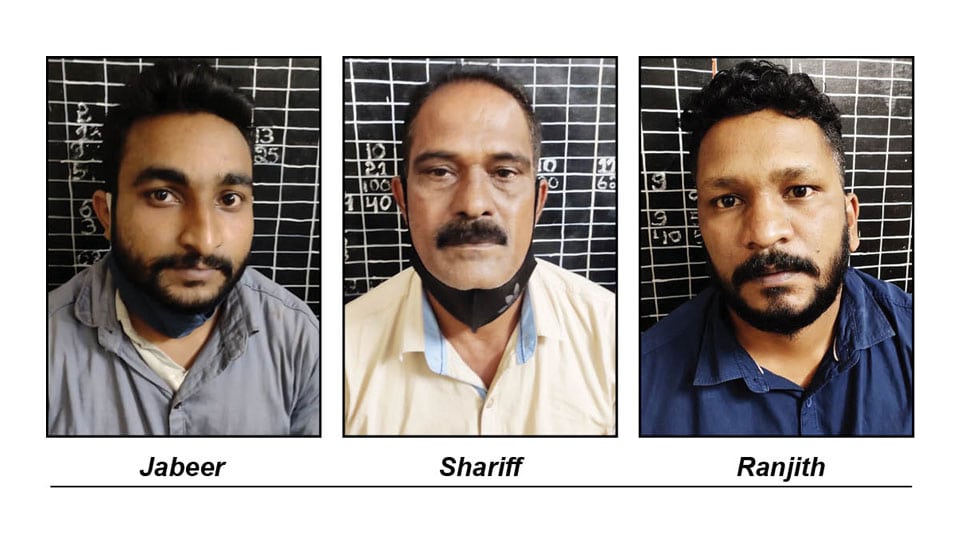 On Saturday, two persons from Kerala, who came to Bavali check-post in Karnataka-Kerala border, produced the fake RTP-CR reports to enter into Karnataka and were caught.

The arrested are Jabeer, Shariff and Ranjith, all from Vellimunda city of Wayanad district in Kerala.

The Police have also seized a computer and other equipment used to prepare the fake test reports. Another accused identified as Nishad has gone absconding.

But when the Cops scanned the QR code mentioned in the test reports, the Police came to know that they were fake and took Jabeer and Shariff into custody. Based on the information provided by the accused, the Police team, which went to Vellimunda city, arrested Ranjit, who runs a tours and travels agency and seized the computer and other equipment used to prepare the fake reports.

Another accused Nishad has gone absconding and the Police have launched a hunt to nab him. Jabeer and Shariff were produced before a Court, which remanded them to judicial custody.