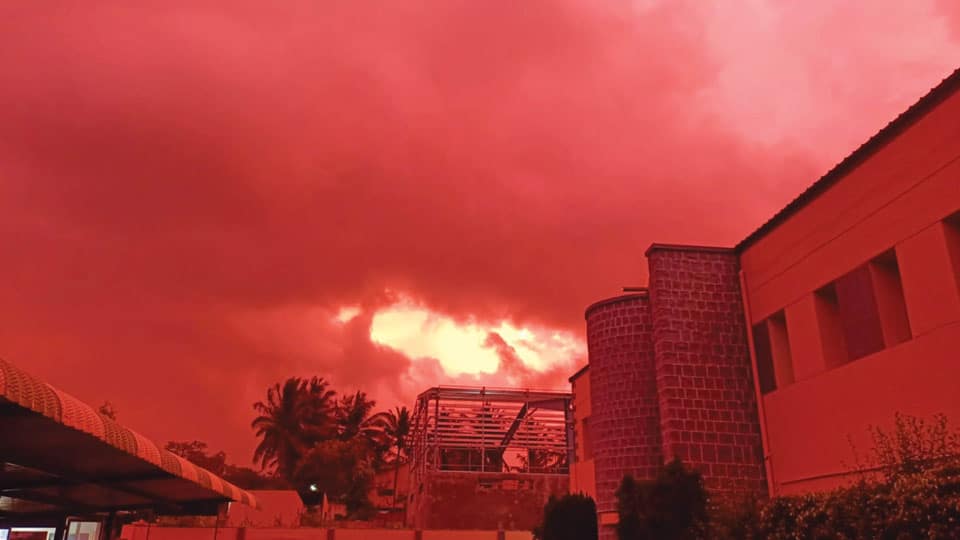 Mysore/Mysuru: While it is common to see a rainbow in Mysuru region, a rare phenomenon of aurora could be seen in the skies just before it rained in the city last evening. The bright red colour piercing through the sky baffled the residents and many captured this rare moment in their cameras and mobile phones.

According to the Secretary of Mysore Science Foundation G.B Santhosh Kumar, an aurora is a colourful light show in the sky caused by the Sun. Auroras happen when particles from the Sun interact with gases in our atmosphere, causing beautiful displays of light in the sky.

Auroras are often seen in areas near the North Pole or South Pole. More than heat and light, Sun sends lots of other energy and small particles our way. The protective magnetic field around Earth shields us from most of the energy and particles and we don’t even notice them.

But the Sun does not send the same amount of energy all the time. There is a constant streaming solar wind and there are also solar storms.

During one kind of solar storm called a coronal mass ejection, the Sun burps out a huge bubble of electrified gas that can travel through space at high speeds.

When a solar storm comes toward us, some of the energy and small particles can travel down the magnetic field lines at the North and South Poles into Earth’s atmosphere.

The aurora rings are formed when the charged particles emitted from the solar flare of the Sun penetrate through the magnetic shield of the Earth and collide with the atoms present in the upper atmosphere. The collisions result in the little bursts of light called photons which make the aurora.