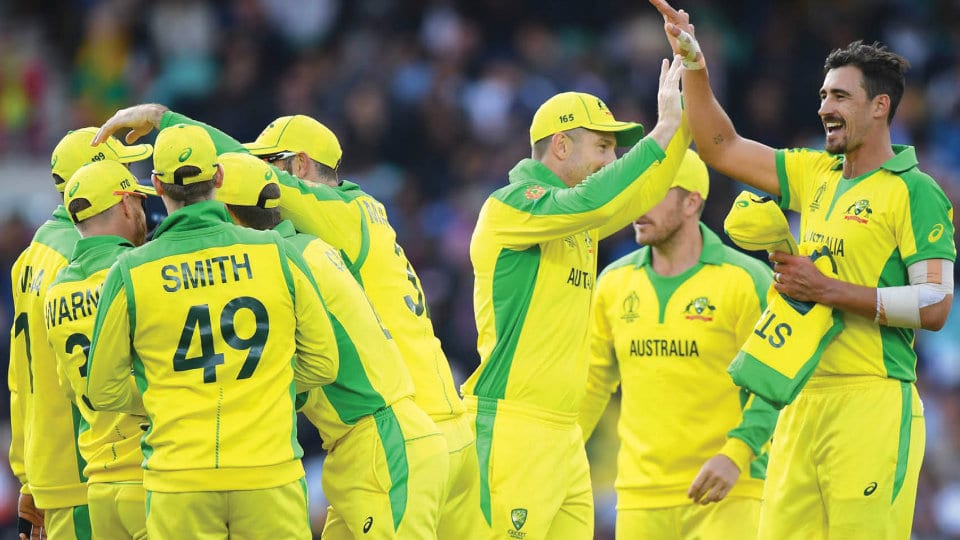 London: Sri Lanka made a flying start to their World Cup chase against holders Australia but failed to carry their momentum forward to be finally dismissed for 247 in 45.5 overs.

Australia’s 87-run win helped them climb to the top of the World Cup points table with eight points from five matches — their only loss coming against India.

Sri Lanka captain Dimuth Karunaratne (97) and Kusal Perera both hit half-centuries in a swashbuckling opening partnership of 115 before Perera was bowled by Mitchell Starc.

Karunaratne and his opening partner Perera blasted 24 from the first two overs of their run chase and reached their fifty partnership in just the seventh over. Perera smoked Jason Behrendorff over cover for a huge six, then survived a caught behind review off Kane Richardson before belting another boundary.

Karunaratne reached his to 50 in 43 balls while Perera only needed 33 balls to reach the mark. However, after the departure of the top three, Sri Lanka lost all steam and fell way short of the target. Earlier, Australia captain Aaron Finch equalled his highest one-day international score of 153 as he powered his team to 334-7.

Openers Hazratullah Zarai (22) and Noor ali Zardan (32) batted well. Later down the order, Rashid Khan (35) scored some useful runs to boost the total. Leg-spinner Imran Tahir struck telling blows to take 4 for 29 for South Africa. SA with this win has 3 points from five games and are placed 7 in the league table while Afghanistan have not opened their account from 4 matches.