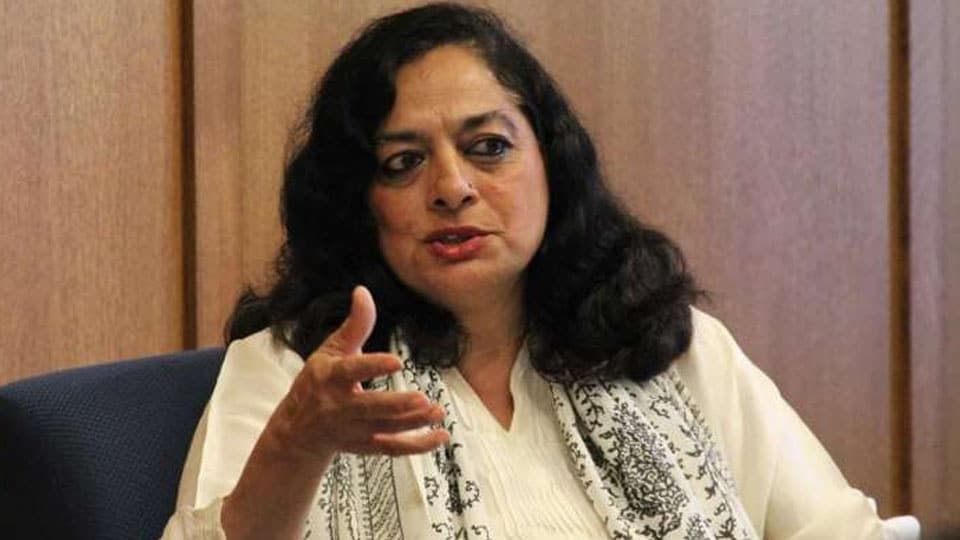 New Delhi: Noted Delhi-based writer and activist Sadia Dehlvi passed away at her home yesterday after a prolonged battle with cancer. She was 63.

“Sad to hear about the tragic demise of Sadia Dehlvi, a well known cultural figure of Delhi, a dear friend and a wonderful human being. Rest in Peace,” tweeted eminent historian Irfan Habib.

Sadia Dehlvi, who hailed from the royal ‘Shama’ family, edited Bano, an Urdu women’s journal. Her grandfather, Hafiz Yusuf Dehlvi, founded Shama in 1938, which is an iconic Urdu film and literary monthly.

A well-known food connoisseur, she wrote a book on Delhi’s culinary history in 2017, titled “Jasmine & Jinns: Memories and Recipes of My Delhi”.

A woman of many talents, Sadia Dehlvi also produced and scripted documentaries and television programmes, including “Amma and Family” (1995), starring Zohra Sehgal, a veteran stage actor.

She was a close friend and confidante of the late author Khushwant Singh. Singh dedicated his book “Not a Nice Man to Know” to her.

He wrote, “To Sadia Dehlvi, who gave me more affection and notoriety than I deserve.”

Singh’s book “Men and Women in my Life” has Sadia Dehlvi’s photo on its cover and the book has a chapter dedicated to her.

Sadia Dehlvi produced the television show “Not a Nice Man to Know” with Singh interviewing women from various fields.

She is survived by her son Arman Ali Dehlvi.