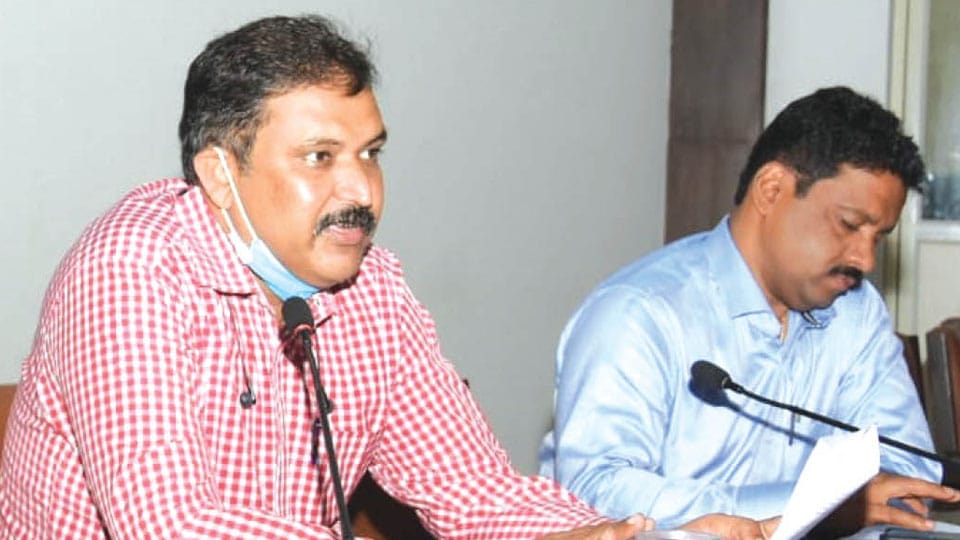 Mysore/Mysuru: With the deadly COVID-19 pandemic causing havoc across the globe, Additional Deputy Commissioner (ADC) B.S. Manjunathaswamy said that the Independence Day in the city will be celebrated in a simple manner on Aug.15 as per the guidelines set out by the Union Government.

Speaking at a preparatory meeting at ZP Hall here yesterday, Manjunathaswamy said that the Independence Day will celebrated as usual at Bannimantap Parade Grounds sans any  crowd and keeping in mind COVID-19 regulations such as maintenance of physical distancing, wearing of face masks and thermal screening. Pointing out that the celebration will be a low-key affair, he said that it will begin with the hoisting of National Flag at 9 am on Aug.15.

As part of the event, Home Guards, NCC Cadets and Scouts and Guides teams will take out a march-past and the Police Music Band will play the National Anthem, he noted.

Continuing, he said that in the wake of rapid spread of COVID-19 pandemic, the display of cultural programmes by School students has been dropped and also freedom fighters and other senior citizens too will not be invited for the event. However, Corona Warriors such as Doctors, other medical staff, ASHA workers, Pourakarmikas and those cured of the deadly virus will be  invited for the celebration and honoured, he added.

He further said that all educational Institutions and Government Offices should celebrate Independence Day in a simple and  symbolic manner by hoisting the National Flag in their premises at 8.30am, following which all Government  staff should attend the official celebration at Bannimantap Parade Grounds. The customary cultural programme that used to take place at Kalamandira in the presence of the Mayor and Legislators on the evening of Aug.15 will be dropped after consultation with the Deputy Commissioner, he said and added that all those attending the celebration at Bannimantap Parade Grounds will be thermal screened for body temperature before being allowed entry.