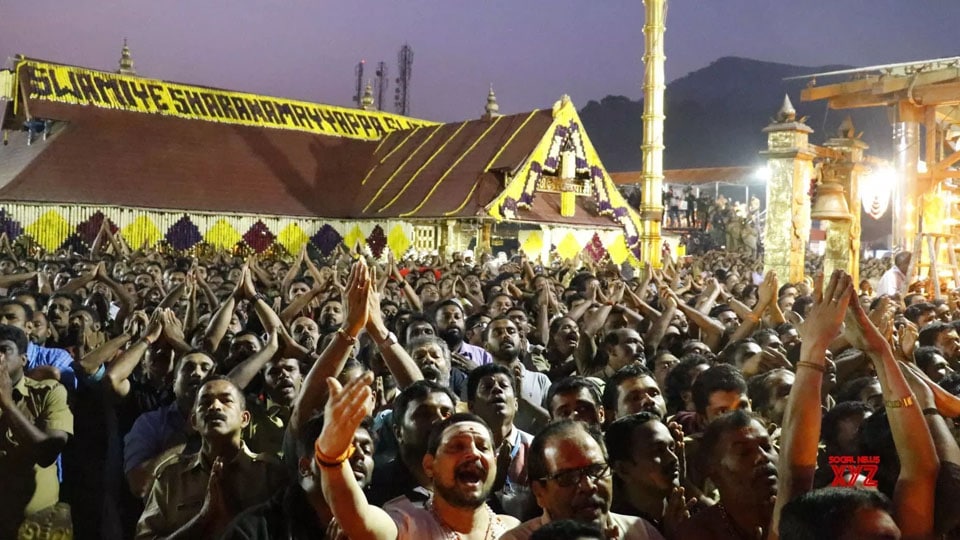 Two factors are preventing the Sabarimala conundrum from moving towards a solution — and the self-promoting politics of BJP-RSS forces are too unimportant to be one of them. It’s true that Hindutva extremists’ political obstructionism drew attention in the early days through violence. Although their campaign was in the name of tradition, they had no compunctions about breaking traditions; a leader climbed the holy steps to deliver a speech. Only when they realised the counter-productive nature of their agitation did they move to Thiruvananthapuram with the idea of “relay” fasting which, when we think about it, is a con game: One person lying in a bed for a couple of days without food and then going away to eat while another person takes to the bed, presumably after a hearty meal.

The real reasons behind the crisis continuing in Sabarimala are, first, wrong readings of the issue of discrimination and, secondly, the tactlessness of the Chief Minister that defies common sense. Liberal opinion has taken a one-track position based on women’s right to equality. According to them, a prolonged campaign was necessary in Kerala to let Dalits enter temples and a similar campaign has become necessary to let women enter Sabarimala.

This is a mixing of issues that have neither historical nor sociological similarities. Dalit oppression, which had reached sadistic levels in Kerala, was based on open, shameless, caste-based discrimination. It violated the basic tenets of any civilised society and had to be brought to an end. Sabarimala’s no-woman stance is not a comparable case of discrimination. It is based on faith, tradition and, let it not be forgotten, a High Court ruling in 1991. The court remarked that the practice was there from “time immemorial” because women could not do the mandatory 41-day penance due to menstruation. The present court ruling has to be weighed against the previous one.

More importantly, the no-woman tradition in Sabarimala runs parallel to no-man traditions in other temples. What is considered the largest annual gathering of women in the world takes over the main roads in Thiruvananthapuram to cook rice in earthen pots for the Goddess in Attukal temple at Pongala time. Men are barred from participation. In fact, the Attukal temple is known as the Sabarimala of women. Another revered pilgrim centre in Kerala, Chakkulathu Kavu, is also for women only. So is the famous Bhagati Maa temple in Kanyakumari. No one accuses these temples of discrimination against men and there is no campaign for men’s equality. By the same token, no one should accuse Swamy Ayyappan’s temple of discrimination against women. The space for faith in our lives is legitimate. Those who do not have the faith should not hinder those who have. That is what makes a society free.

As has been said before, “It is natural for an old civilisation to have old practices. Justice is best when it recognises that there is no offence in the logic of the faithful being at variance with the logic of the rationalist.”

The second factor that keeps Sabarimala on the boil is Chief Minister Pinarayi Vijayan’s haste in helping women to enter Sabarimala. The steps he has taken in the wake of the Supreme Court order and the statements he has made in a stop-me-if-you-can tone reflect a Communist leader’s attitude rather than a Chief Minister’s. As the head of government, he could have gained much by keeping tempers low, ensuring an atmosphere of peace and giving time to various players to adjust to new concepts. But he rushed into action saying that he had no option but to carry out                                                     court orders.

READ ALSO  When the best among us falter

A week ago he showed that he did have options. A court order allowed a Christian faction to conduct services in a disputed church. An opposing faction physically prevented this, but the State Government did nothing to ensure that the court order was duly implemented. Evidently, the Pinarayi Government picks and chooses cases in which it wants to use the courts and cases where it likes to ignore the judiciary.

Never has Kerala politics been in such a mess. Pinarayi is considered the strong man of politics, but there is no sign of his strength benefiting the State. He cannot even control the faction-ridden police force despite repeated reshuffling of top officers. The Congress is in Trishanku Swarga, not knowing who is its leader and who is not. In the melee, the BJP has outshouted others and matched communist murder politics with its own.  These manipulators are only committing sacrilege in the name of the Lord of Sabarimala.

4 COMMENTS ON THIS POST To “Ayyappa politics is sacrilege”