Home » COVID-19 » Bakeries can supply products only to stores and markets: DC clarifies 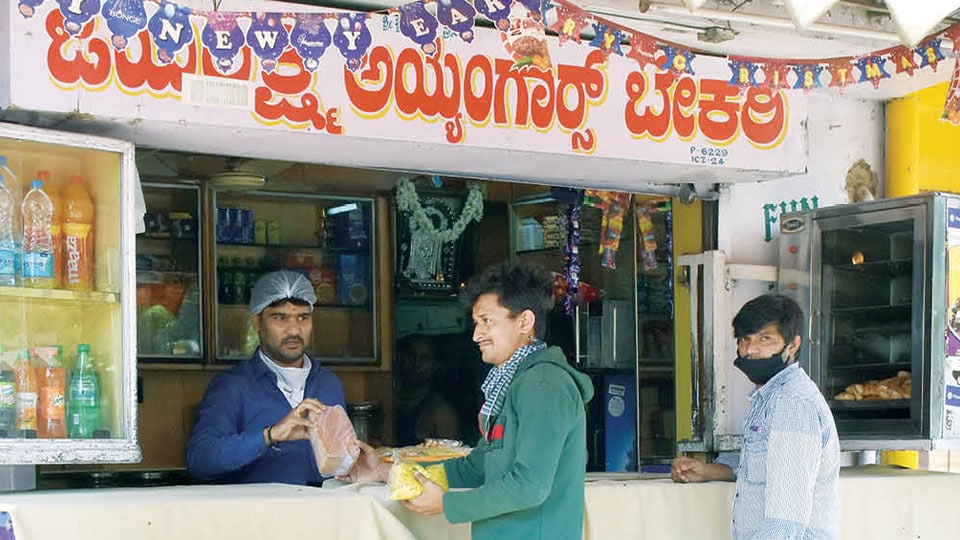 Bakeries can supply products only to stores and markets: DC clarifies

Mysore/Mysuru: Ending confusion regarding re-opening of bakeries in city, Deputy Commissioner (DC) Abhiram G. Sankar said that bakeries are only permitted to bake items like bread, biscuits and buns in bulk and supply them directly to stores and markets.

Speaking to presspersons at JSS School Grounds in Raghavendranagar where the Mysore Citizens Forum (MCF) launched distribution of Ration Kits to the poor and needy this morning, Abhiram Sankar, clarifying on yesterday’s Government Order relaxing lockdown regulations in respect of Bakeries and Confectioneries, said that however in Mysuru District, which has reported 35 Corona positive cases so far, bakeries cannot sell items directly to customers in person but instead can produce them in bulk and supply directly to shops and supermarkets.

Referring to  COVID-19 cases in Mysuru, he said the District has reported 35 positive cases, out of which one patient is likely to be discharged from the Hospital today following recovery.

Pointing out that blood and throat swab samples of symptomatic persons are also being sent to a Bengaluru Lab since yesterday, he said this is done with to get the reports faster.

Maintaining that Mysuru District has not hit the Community Transmission Stage, he said that tracing and stopping of Delhi Jamaat participants and their primary contacts at District borders has largely helped in containing the spread of the virus.

Referring to Nanjangud’s Jubilant Generics, the   epicentre of Coronavirus spread in the District, the DC said that samples of the raw materials imported from China have been sent to NABL Laboratory in Pune for testing and reports are awaited. He ruled out reopening of the Pharmaceutical Unit for now.