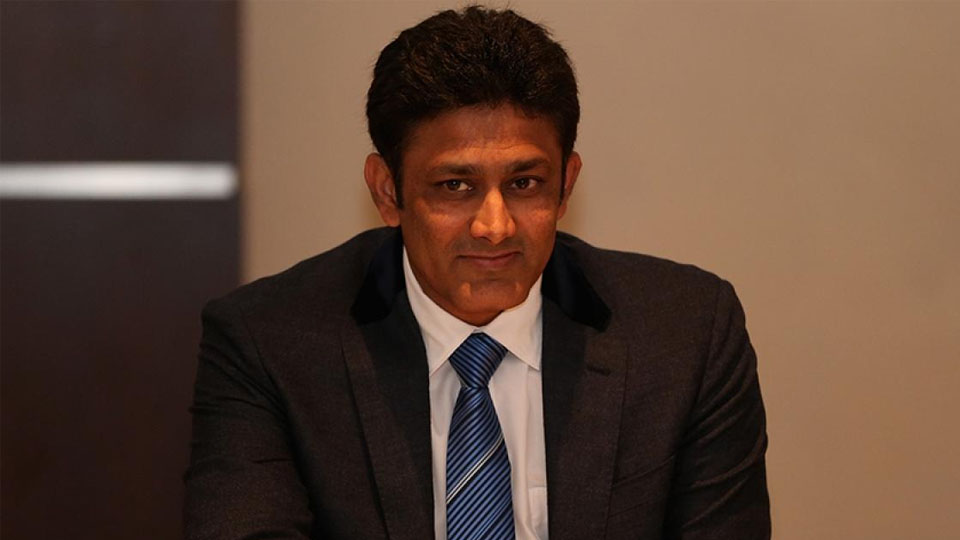 Ban on use of saliva to shine ball

Only an interim measure, says Kumble

New Delhi: ICC Cricket Committee Chairman Anil Kumble says the recommendation to ban saliva for shining the ball is only an interim measure and “things will go back to normal” once the COVID-19 pandemic is brought under control.

Players must be barred from using saliva to shine the ball but can continue to use their sweat, the Anil Kumble-headed ICC Cricket Committee recommended on Monday last as a major health precaution in the game. On Friday, the ICC, in its guidelines for resumption of the game, also suggested a bar on the practice.

“…this is only an interim measure and as long as we have hopefully control over COVID in a few months or a year’s time then I think things will go back to as normal as it can be,” Kumble said.

The ban on saliva has elicited mixed response from the bowlers, who said it would definitely come in the way of generating swing. But most have also acknowledged the health risk that it might pose. There have also been discussions on whether the ICC would allow usage of external substances like wax to shine the ball. Kumble said there were discussions on usage of external substances.

“Whether you are literally legalising, if you are looking to do that now which obviously has had a great impact over the last couple of years,” he added.

He cited the 2018 ball-tampering scandal, which led to bans on Australian cricketers Steve Smith, David Warner and Cameron Bancroft. ”ICC took a decision but then cricket Australia took, even a more tougher stance on what happened during that series between South Africa and Australia, so we did consider that,” he said.

Former India pacer Irfan Pathan reckons that the ban on using saliva for shining the ball is a significant blow to bowlers and authorities should ensure the preparation of bowling-friendly Test wickets to prevent complete domination of the game by the batsmen.

Pathan feels the ban could even stretch up to two years and will give undue advantage to batsmen.

“You will to have make sure that pitches are more suitable to the bowlers than batsmen to negate the advantage (of not being able to use saliva). If you are not able to shine the ball properly, you will not be able to cut the air because of scientific reasons.

“And if you are not able to swing it, the batsman will have it easy because nobody fears just pace, it is the combination of pace and swing that troubles them,” Pathan, one of the best exponents of swing bowling in Indian cricket, told on Sunday.

‘Ban on using saliva will be hard to implement’

The ban recommended by the ICC on the usage of saliva on cricket balls during matches will be difficult to implement, former Australia fast bowler Brett Lee has said.

“When you have done something your whole life from eight-nine-ten years of age where you lick your fingers and you put on the ball, it’s very hard to change that overnight, too,” he said.