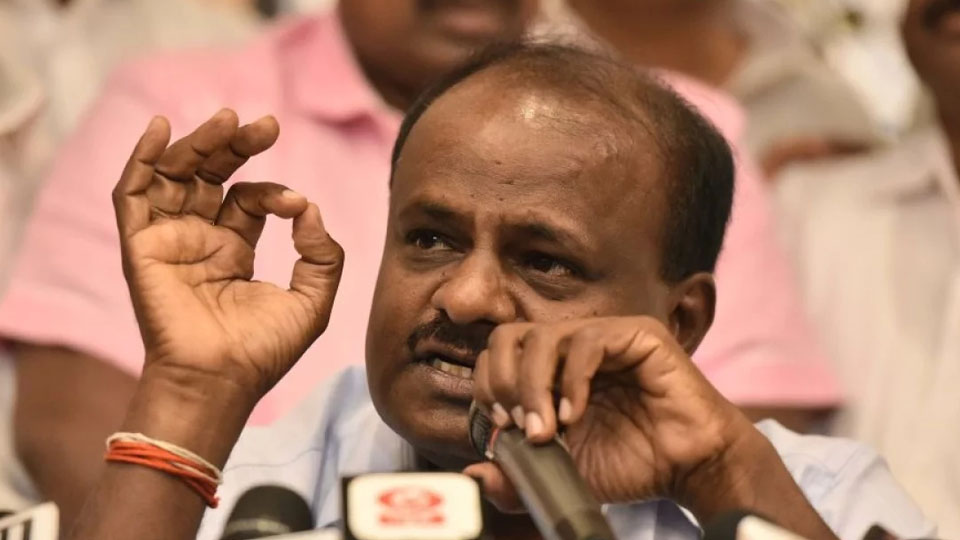 Bengaluru: JD(S) State President H.D. Kumaraswamy (HDK) will take oath as Chief Minister of Karnataka tomorrow (May 23) at 4.30 pm on the steps of Vidhana Soudha, the State Secretariat. Governor Vajubhai R. Vala will administer the oath of office and secrecy to Kumaraswamy.

The swearing-in ceremony is all set to be a show of strength by the opposition as leaders from 22 States are expected to be present. Five Chief Ministers — Mamata Banerjee (West Bengal), Pinarayi Vijayan (Kerala), N. Chandrababu Naidu (Andhra Pradesh), K. Chandrashekhar Rao (Telangana) and Arvind Kejriwal (Delhi) — are expected to attend the grand event.

HDK will be sworn-in as Chief Minister for the second time in 12 years and the JD(S)-Congress combine will be returning to power in Karnataka after more than a decade as in 2006, the JD(S) had walked out of the alliance and joined hands with the BJP.

Soudha steps all set for coronation

The swearing-in ceremony will be held on the flight of stairs of the Vidhana Soudha and a huge stage is being erected for the purpose. According to sources, a special silk shirt and dhoti have been purchased for Kumaraswamy. He will be taking oath bare-footed following advice by astrologers.

A puja was held in front of Vidhana Soudha by a priest before the stage was erected yesterday. Arrangements have been made to accommodate one lakh chairs on the road between Vidhana Soudha and High Court. There will be a separate enclosure with 3,000 seats for VIPs. Prior to the oath-taking, HDK will offer worship at Chamundeshwari temple atop the Hill in Mysuru tomorrow morning.