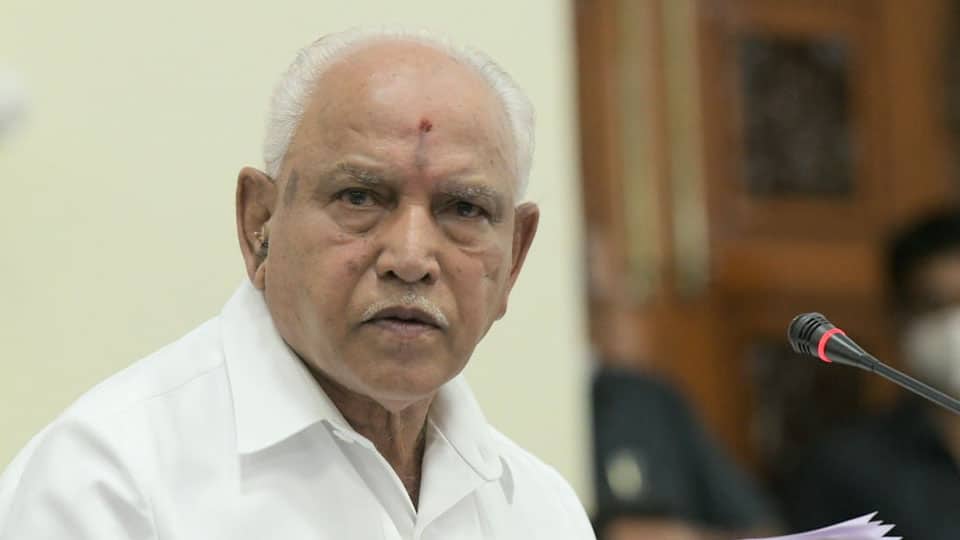 New Delhi: Days after the Lokayukta Police registered a case against former Karnataka Chief Minister B.S. Yediyurappa, his family members and at least two Government officials in connection with a corruption case, the Supreme Court this morning granted relief to the BJP leader and stayed the investigation.

The Apex Court Bench comprising Justices D.Y. Chandrachud and Hima Kohli issued a notice in response to a plea by Yediyurappa challenging an order of the Karnataka High Court that had restored a bribery complaint filed against him and others under the Prevention of   Corruption Act.

Senior Advocates Siddharth Dave and Mukul Rohatgi appearing on behalf of Yediyurappa argued that the Prevention of Corruption Act (PC Act) requires prior sanction before conducting any inquiry, enquiry or investigation of offences relatable to recommendations made or decision taken by a public servant in discharge of official functions or duties.

The Lokayukta Police had filed the case against Yediyurappa and others after receiving permission from the Karnataka HC. Reports said that the Supreme Court also stayed further proceedings as far as the petitioner was concerned.

The SC notice has been issued to social activist T.J. Abraham on the BJP leader’s plea challenging the HC order. The corruption case deals with the award of a contract from the Bangalore Development Authority (BDA).

Yediyurappa had moved the Supreme Court against the HC order that restored a private complaint against him and his family members, including his son B.Y. Vijayendra, for allegedly taking a bribe of Rs. 12.5 crore to secure a project for Ramalingam Construction Company Private Limited from the BDA.

The HC’s order issued on Sept. 7 came in response to a plea by Abraham against the lower court’s order dismissing his private complaint. The social activist had alleged in his complaint that the BDA had given a contract to Ramalingam Construction Company Pvt. Ltd., owned by Chandrakant Ramalingam, as a favour for receiving bribes. The case concerns the award of tender for the construction of BDA apartments at Konadasapura in Bidarahalli in the State capital.