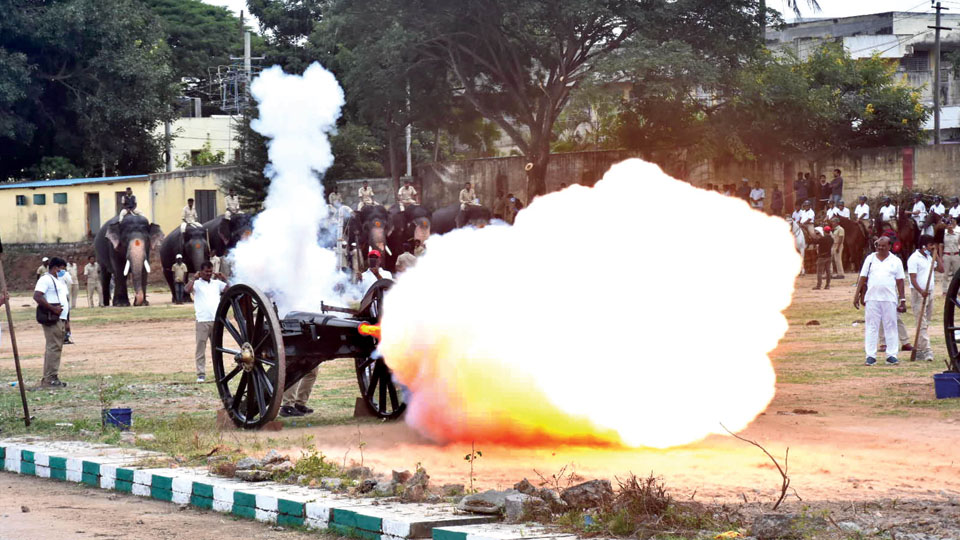 Mysore/Mysuru: The third and final round of cannon firing drill to acclimatise Dasara elephants and Mounted Police horses to the booming sound of cannons was held successfully at the Dasara Expo parking lot on M.G. Road this noon.

The 12 Dasara jumbos were brought through Jayamarthanda Gate of the Palace and entered Dasara Expo premises through the main entrance from where they were led to the parking lot.

Pointing out that five Dasara jumbos have been sought for Srirangapatna Dasara, he said that they had not received any communication from the Principal Chief Conservator of Forests Office regarding the number of elephants, but we are ready to send three elephants.

Mahendra will be carrying the howdah at Srirangapatna Dasara as he has undergone the training.