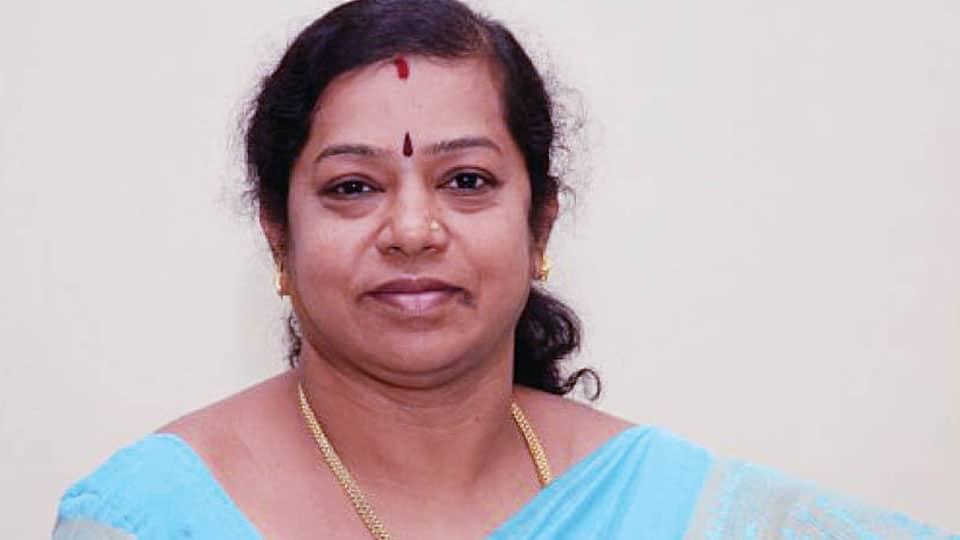 She had attended Namma Metro event with CM yesterday

Bengaluru: Bruhat Bengaluru Mahanagara Palike (BBMP) Deputy Mayor Ramila Umashankar (44) passed away in the wee hours of today due to a cardiac arrest.

The JD(S) leader from Kaveripura Ward, who was elected as the Deputy Mayor of the powerful local body on Sept.28, is survived by her husband and two children.

The news came as a shock to party workers and colleagues this morning as she was very active when they met her yesterday. “She had uneasiness at about 12.50 am and had breathing difficulties. She was rushed to Chord Road Hospital by her family members and she breathed her last on the way,” said the source close to the family.

Dr. Vishwas, Director, Administration, Chord Road Hospital, told that Ramila was brought dead to the hospital. “Family members informed us that she had collapsed at home. She was brought dead at about 1.15 am. We are yet to understand if it was  a cardiac arrest or heart attack,” Dr. Vishwas added.

All BBMP offices except emergency services will remain closed today.

Chief Minister H.D. Kumaraswamy has expressed shock at the demise of the Deputy Mayor.

“She had actively participated with us at the Namma Metro flagging off event just yesterday. She was a dedicated social worker and committed party worker. It’s shocking to learn that she is no more with us,” he said.

“My heartfelt condolences to her family. May her soul rest in peace. Pray the Almighty to give courage and strength to the family to bear this loss,” Kumaraswamy said in a press statement. Ramila’s husband D. Umashankar is an ex-Councillor from Kottigepalya Ward while her son Varun Kumar has completed his MBA and daughter Bhoomika Rani is a PU student.