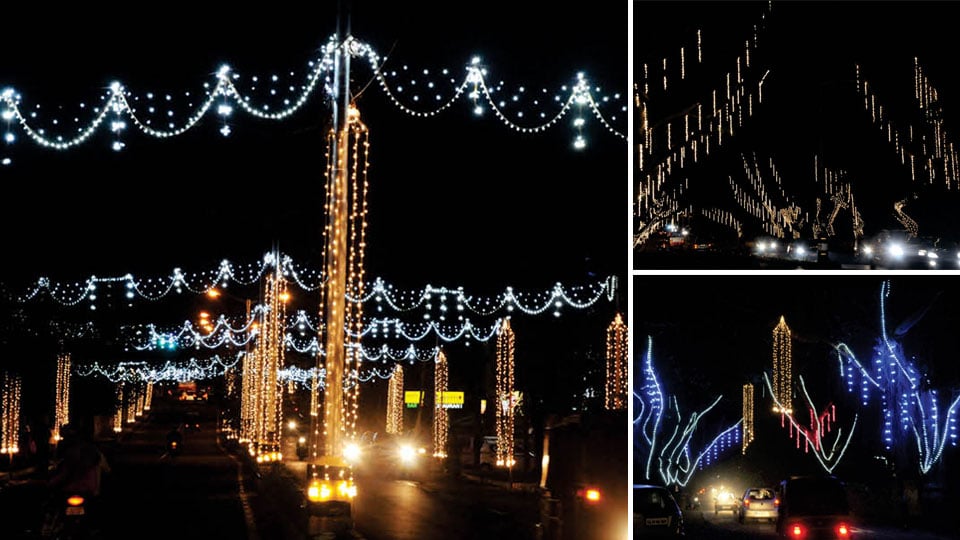 City to glow with artistic illumination

Mysuru: With just five days left for Nada Habba, the Chamundeshwari Electricity Supply Company (CESC) has taken an eco-friendly route to light up the Palace city with LED bulbs this Dasara besides completing the artistic illumination works on a war-footing.

Light Emitting Diode (LED) bulbs are being used to illuminate buildings, Circles and streets to brighten up the city and thus the CESC hopes to save electricity. The cost of illumination is expected to be around Rs. 2 crore this year while last year it spent Rs 1.40 crore. The CESC had finalised the illumination plans and sent the final proposal to Dasara Executive Committee.

More than a lakh bulbs are used to illuminate the magnificent Mysore Palace. Picture shows
workers replacing the fused bulbs with new ones ahead of Navarathri celebrations. Both
ladders and cranes are used to reach the tip of the Palace to check the lamps.

The illumination include a huge arch and green pandal on Sayyaji Rao Road (on the procession route) to welcome tourists; the busy K.R. Circle and Statue will get special attention for lighting, besides the Albert Victor Road, Hardinge Circle, Ramaswamy Circle and Metropole Circle too. The streets around Mysore Palace and Jaganmohan Palace will also be lit up. Devaraja Urs Road and Sayyaji Rao Road, prominent shopping hubs too will have special lightings and the CESC is expected to complete the illumination arrangements soon with the trial runs being alreday held at various places. 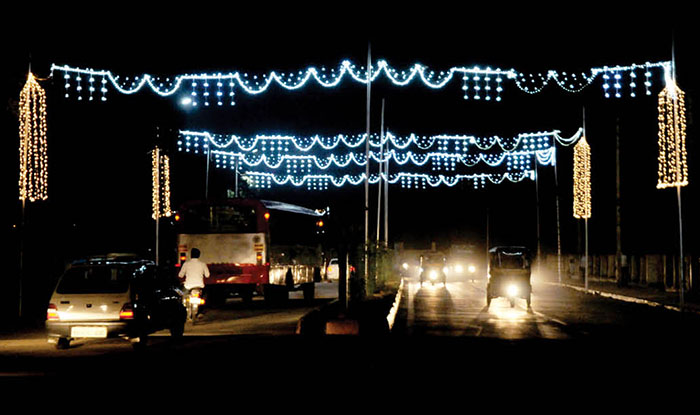 The illuminated Road opposite Gun House. 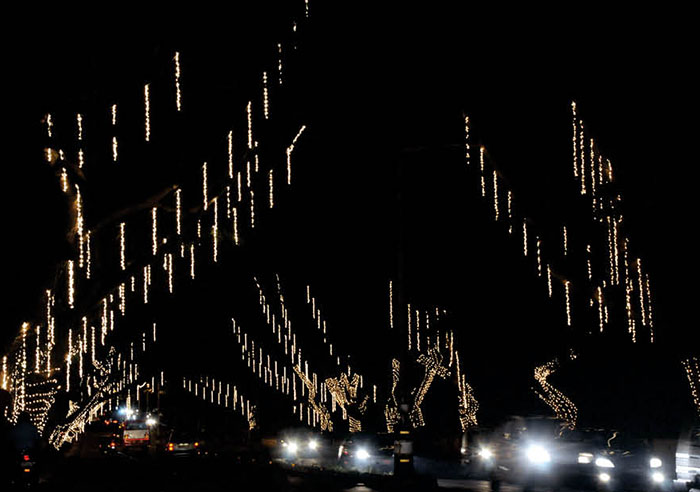 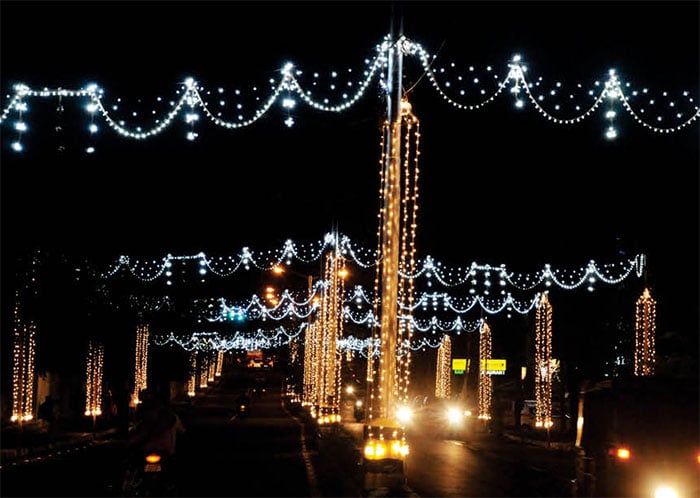 Darpana Sundari model will be displayed at K.R. Circle, Ashoka Pillar model at Millennium Circle, illuminated replicas of various animals, birds will be put up at Fountain Circle and models of Parliament, Vidhana Soudha at Railway Station Circle, a giant Gandabherunda model at JSS College, insignia of Mysore Palace at Ramaswamy Circle and India Gate model will be put up near Maharani’s College. 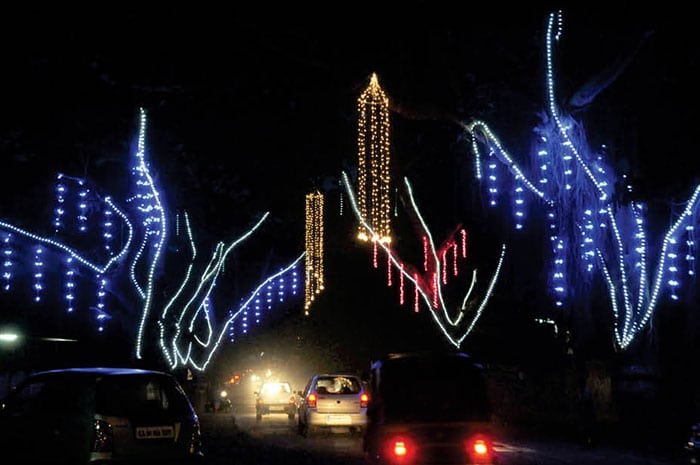 An LED welcome display board will be put up atop Chamundi Hill and ‘Hasiru Chappara’ displaying LED board will be set up on Sayyaji Rao Road. 12 major parks will also glow along with Uttanahalli Jwalamukhi Tripura Sundari Temple. 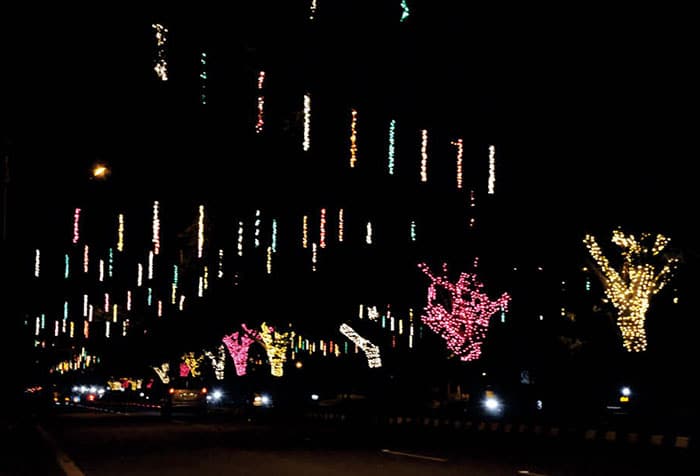