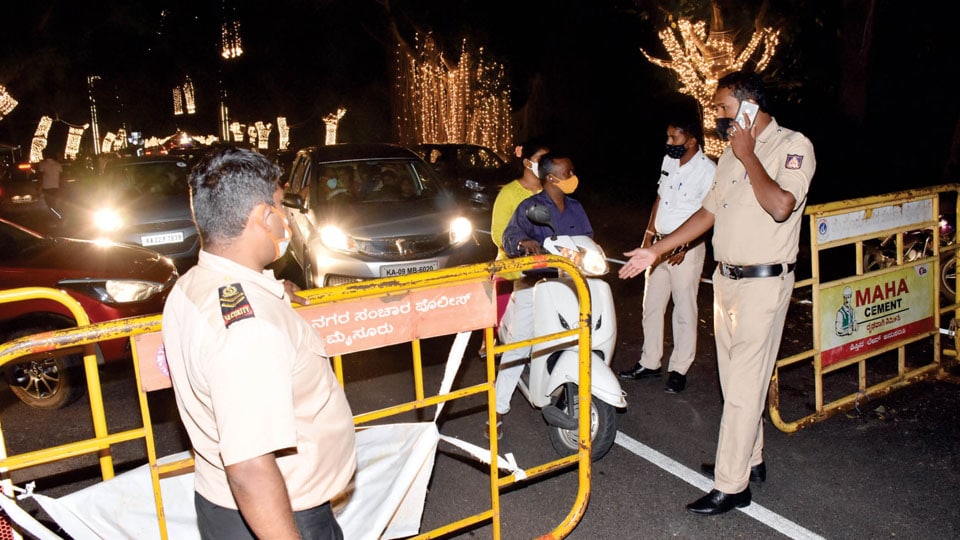 Beware! Cops in mufti are ready with camera to ‘shoot’ New Year violations

Mysore/Mysuru: Planning to launch special DJ party? Hold on. Armed with cameras, Cops in mufti will visit all pubs, clubs, bar and restaurants in city to cross-check whether special parties are held stealthily.

Sources told Star of Mysore that already a number of Cops have been assigned with the task of paying surprise visits to party venues to look out for any violations of guidelines issued by both State and Central Governments for New Year parties in the wake of COVID-19.

Police informants would be sharing information about holding secret parties and such information would be shared with the Police in plainclothes, who would visit the venues in the guise of customers and collect documentary evidence before booking cases under Karnataka Epidemic Diseases Act, 2020.

Such parties are usually organised in farm houses on the outskirts of city by throwing all safety measures in thin air. “Police will keep an eye not only inside the city but also in farm houses around the city,” sources said.

Deputy Commissioner of Police (DCP) – Crime and Traffic  M.S. Geetha Prasanna told SOM that checking for drink and driving would be held this evening at various locations in city. Those who are caught, drunk and driving would be booked and their vehicles and Driving License (DL) will be seized. They have to take a cab or autorickshaw to reach their home and attend Court the next day to pay penalty of Rs. 10,000. “Law will be enforced strictly to prevent any road mishaps after consuming liquor,” she added.

City Police Commissioner Dr. Chandragupta said that they have decided to strictly enforce rules promulgated by the State Government in connection with Near Year celebrations.

Certain roads would be closed for traffic after 10 pm and citizens have to take alternative route to reach home. “Orders are here to be implemented and not to please any. Any person trying to misbehave with the Cops will be dealt with iron hand,” he added.

The Top Cop said that all pubs, clubs, bars and restaurants must close before 11.30 pm across the city. There is no restriction in consuming liquor provided all safety protocols are adhered. However, people can take liquor home and consume after 11.30 pm. But, cases would be booked if they come out after consuming liquor. Following Standard Operating Procedure (SOP) is a must for owners of all pubs, clubs, bars and restaurants, he added.

He said that adequate Police force would be deployed at all strategic points to prevent public nuisance by revellers in inebriated condition. Crowding is strictly banned and people should not stand in groups anywhere in the city to welcome 2021. Those found defying rules would be booked without any mercy, he warned.

No vehicles on streets from 10 pm to 5 am

Meanwhile, City Police Commissioner Dr. Chandragupta has banned movement of vehicles on prominent roads in city from 10 pm today till 5 am tomorrow.

Only KSRTC rural buses, city buses, security vehicles and essential and emergency vehicles are allowed on these roads. Parking of vehicles is strictly banned around Mysore Palace.

Vehicles are banned from east to west side and from west to east side on Hinkal Flyover (Grade Separator) on Mysuru-Hunsur Road.