Home » News » Bharat Jodo Yatra from Kanyakumari to Kashmir: Two from city to walk with Rahul Gandhi for 150 days 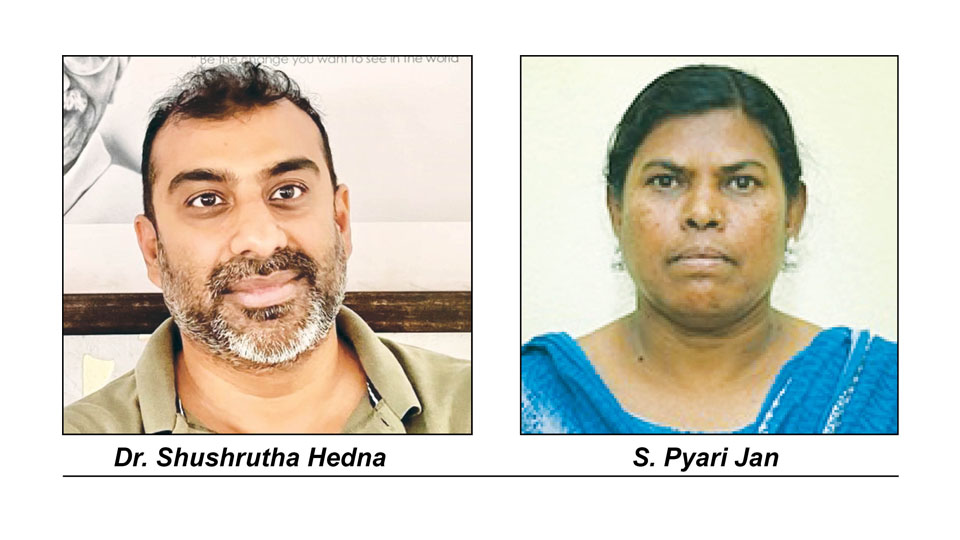 Bharat Jodo Yatra from Kanyakumari to Kashmir: Two from city to walk with Rahul Gandhi for 150 days

Mysore/Mysuru: Accompanied by 117 core walkers, Congress leader Rahul Gandhi will embark on a 3,750-km ‘Bharat Jodo Yatra’ on Wednesday, Sept. 8. 52-year-old Rahul Gandhi will walk from Kanyakumari to Kashmir over the course of 150 days and these 117 will be there with him from the start to finish.

The yatra — with the slogan ‘mile kadam, jude vatan’ (walk together, unite the country) — will begin at 7 am on Sept. 8 and will move in two batches, one from 7 to 10.30 am and the other from 3.30 pm to 6.30 pm. While the morning session will include a lesser number of participants, the evening session will see mass mobilisation.

Among the 117 leaders who will be with Rahul throughout the journey are two people from Mysuru — Dr. Shushrutha Hedna Vishnumurthy, Managing Director of Neurozone, a neurology hospital in Mysuru and S. Pyari Jan, a resident of Rajivnagar in Mysuru, who is a KPCC General Secretary.

In fact, Dr. Shushrutha, also a stroke specialist, will be the only doctor among the 117 core walkers. They were among the five selected from Karnataka. The others are D.L. Srijith,  Kiran Mugabasav and Chanabasappa S. Jagali.

Dr. Shushrutha is well known for his work in the THAR project (Telehealth Advisory for Rural Zone) which is providing free telehealth and health camp for rural populations in and around Mysuru and Kodagu. He is also a philanthropist, health activist, and environmental enthusiast.

Speaking to Star of Mysore, 48-year-old Dr. Shushrutha, who worked in the US for over 15 years, said that while the padayatra would follow a linear path from Kanyakumari to Kashmir for logistical and geographical reasons, every State would have its own padayatra in tandem with the main yatra. There will be three kinds of participants.

“Participants will not be staying in hotels but in makeshift, ‘railway bogey’-type accommodations, hoisted on a trailer. The containers will have a locker and facilities for sleeping and bathing. The rally will move from Tamil Nadu to Kerala and the walkers will enter Karnataka through Gundlupet probably by the end of September. We will then head to Mysuru and proceed to Ballari and Raichur,” he explained.

When asked about his walking mission, Dr. Shushrutha said that he was excited to be part of the core walking team though he will have to be away from his family and the medical profession for over five months. “I feel that this is my social obligation and my family is extremely supportive,” he said. The rally will give a real picture of India and will enable him to better understand the country’s problems, he added.

The other participant in the core walkers from Mysuru is KPCC General Secretary S. Pyari Jan. She has taken part in the 42-day ‘Azadi Gaurav Yatra’ that was held in April this year from Sabarmati Ashram till the Raj Ghat in New Delhi to commemorate 75 years of Independence. This yatra covered 1,160 kilometres.