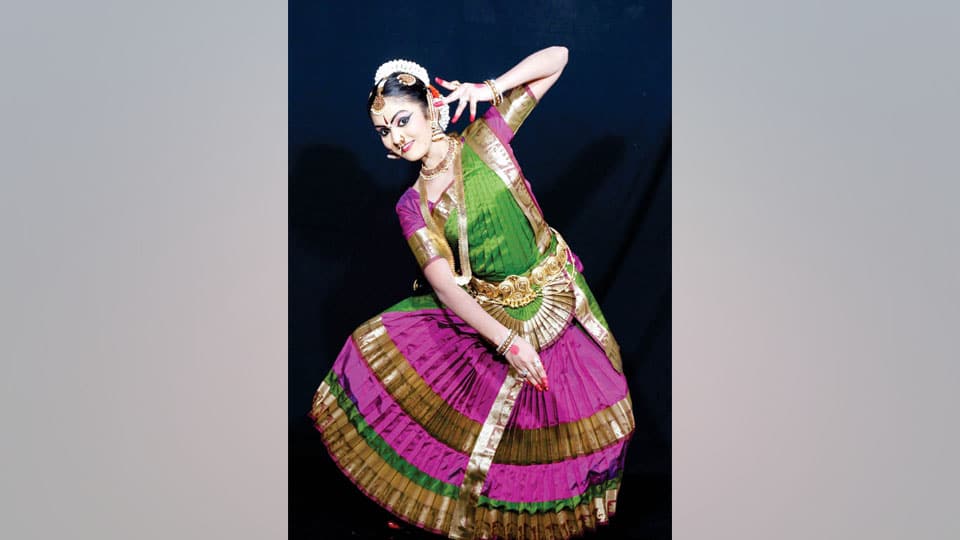 Mysuru: Bharatanatyam Rangapravesha of C. Navyashree, disciple of Vidu. Mithra Naveen has been organised at Jaganmohan Palace auditorium in city tomorrow (Oct.28) at 6 pm under the aegis of Nadavidyalaya Academy of Music and Dance, Hebbal.

Profile: Navyashree is the daughter of Kamalamba and Chandrakumar. Navyashree started her dance career at the tender age of eight years and is under the tutelage of Guru Vidu. Mithra Naveen since thirteen years. She has come out with flying colours in Junior, Senior and Pre-Vidwat Dance Exam conducted by KSEEB and now aims to pursue her Post Vidwat Grade.

She has also completed her Junior Grade Karnatak vocal under the able guidance of Guru Naveen M.S. Andagar. She has given laudable performances with her mother institution Nadavidyalaya and has also won prizes in several competitions in Bharatanatyam. Academically, Navya holds a Bachelor’s degree in Commerce from University of Mysore.

Navyashree
Spotting of tiger scares villagers
Were Varsities forced to cough up money?