Home » Columns » Abracadabra By K. B. Ganapathy » Bihar polls: This morning I met this special delegation ! 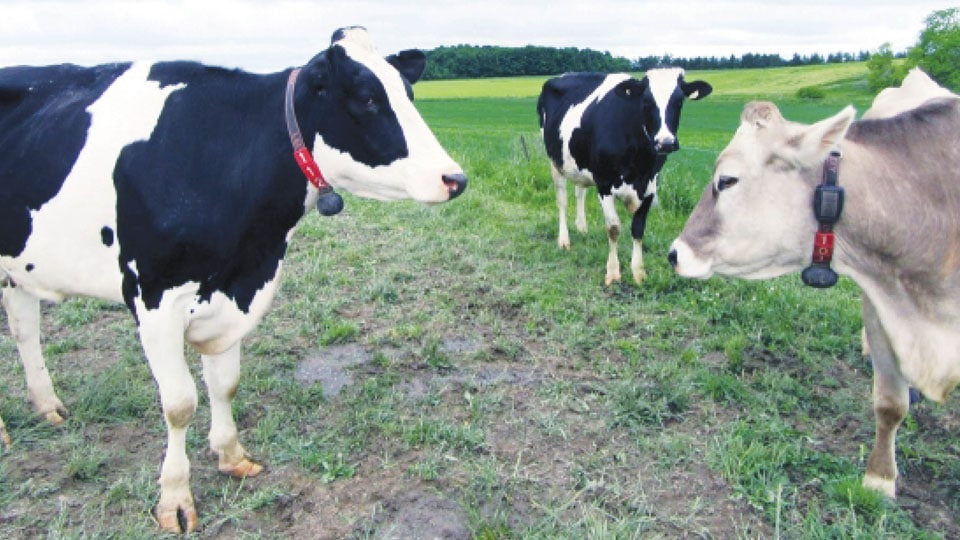 Bihar polls: This morning I met this special delegation !

This morning I had three surprise visitors in my Office. Surprisingly all quadrupeds and naturally the security guard stopped them at the main gate and took down the details for his entry-exit register as per protocol including testing of temperature (thermal scanning) for COVID-19. All     the three visitors were female and so the security was a tad kind to them.

Their names: Gange, Gowri and Tungabhadra. All looked well-fed. The purpose of their visit was to give a press statement about the result of Bihar Assembly election announced last night, early hours of today.

“Why Sir? I have taken all the details and even done the COVID-19 test,” he said and had the audacity to ask if he could send them in!

I screamed: You fool, put down the phone.

I then got up from my chair in full COVID safety PPE suit, mask, face shield, sanitised my hands and went out to see the security, the nut as I thought him to be.

And what do I see? Poor security struggling to hold the three cows from forcing their way into Office reception. Neither he nor I wanted a “bull in a China shop” situation. I called the peons to help the security in keeping the cows in the open.

Seeing me, the cows were excited. They were not behaving like aggressive or argumentative bipeds with a grievance or complaint. Well, after all they are holy cows of India. Always docile. All the three, Gange, Gowri and Tungabhadra went down on all the fours and prostrated before me. I was a bit embarrassed. I thought it was their ‘samskara’, culture; culture of our ancient, sacred land of peace and non-violence.

I gently touched and caressed them, blessing them, as they came back on the fours.

Then Gange spoke: “Sir, we are the three who have come to meet you with a press note about the Bihar Assembly election. There, Sir, outside your compound wall there is a herd of 200 of our brothers and sisters.”

I was taken aback. Gosh, what would happen if all the 200 charged into my campus! I wondered.

Gowri spoke: Yes, Sir, all of them wanted to come. More to see you and your office. But we convinced them that it was not proper but we would give them your photograph and also of the Office building. See, we have brought cell phone…

Tungabhadra spoke: Now please Sir, let us have a photo session and one when we give you the press note.

I co-operated with those gentle souls. After all, they are Indian Holy Cows!

This done, I asked them to tell me what was in the press statement. All the three cows said in chorus, “Read it sir.” I said, it was too long like most of the press statements, but they could tell me the gist of it. And, apparently, the leader of the delegation Gange said:

“We are congratulating our brothers and sisters of Bihar for having been saved by the Bihar Assembly election result of another Fodder Scam, depriving them of their Constitutional right to food, shelter and medical care. Sir, God’s grace, otherwise the dynasty would have claimed its entitlement and would have again stolen what rightly belonged to our Bihar brothers and sisters. You know Sir, after all, habits die hard!”

READ ALSO  Musings on 40 years of Star of Mysore: The hiccups and high points

“Okay, I appreciate your sentiments and concern for your fellow brothers and sisters of Bihar. Now you may go,” I said and took leave of them.

2 COMMENTS ON THIS POST To “Bihar polls: This morning I met this special delegation !”