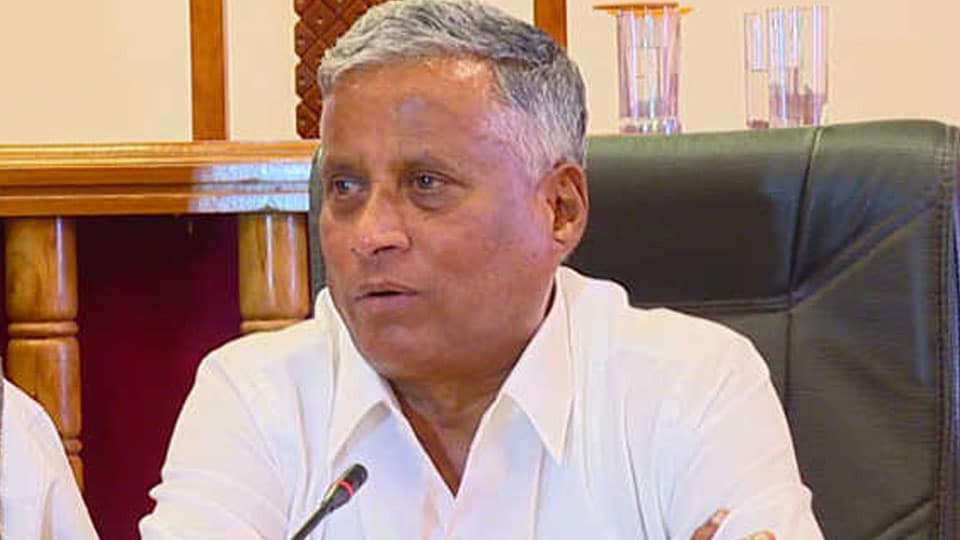 Mysuru/Mysore:  In a big relief to the residents living around the Solid Waste Management unit at Sewage Farm in Vidyaranyapuram, who are suffering from foul smell emanating from two lakh tonnes of legacy waste piled up at the unit, District Minister V. Somanna gave his nod for a project to treat the waste using modern technology.

At the KDP meeting held at the ZP Hall here yesterday, Deputy Commissioner Abhiram G. Sankar, who led a seven-member team that included MCC Officers and elected representatives to Nagpur, submitted a report on the waste processing technology adopted by Zigma Company in Maharashtra’s Nagpur city. The team had recently visited the plant at Bhandewadi village near Nagpur where Bioremediation technology is being used to process 10 lakh tonnes of legacy waste.

Pointing out that every day, nearly 1,200 tonnes of waste is generated in Nagpur, out of which 800 tonnes is processed using Bioremediation technology, the DC said that the waste generated in Nagpur is three times bigger than Mysuru, where two lakh tonnes of legacy waste has piled up at the Sewage farm over the years.

The DC also argued that Bioremediation is the best process to clear the waste. Bioremediation is a process of treating contaminated soil and subsurface material, by altering environmental conditions to stimulate growth of micro-organisms and to degrade the target pollutants.

After DC Abhiram G. Sankar gave details about the waste treatment project at Nagpur, Minister Somanna said that Chief Minister B.S. Yediyurappa has given his consent for the project based on Nagpur Model, which involves Biomining of  legacy waste.