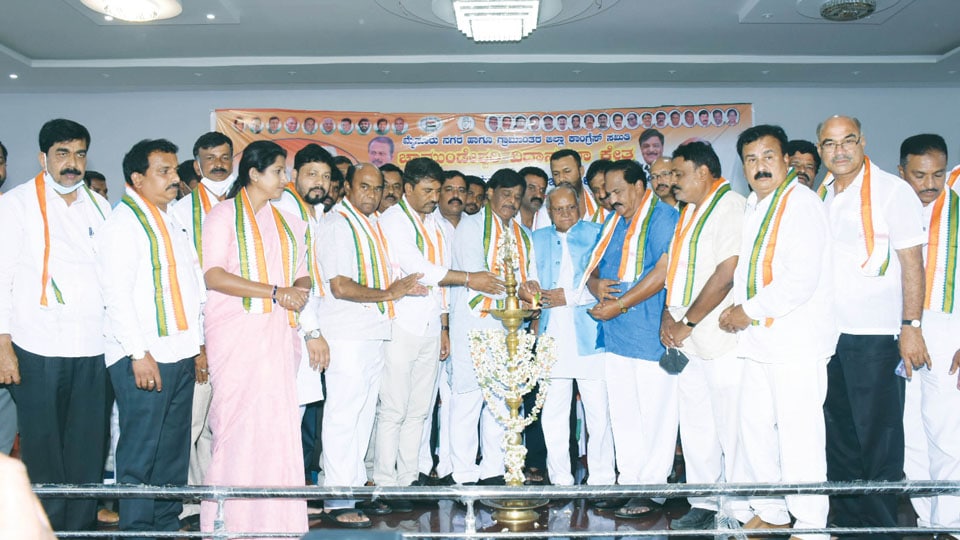 BJP and JD(S) plotting to finish off former CM Siddharamaiah

Mysore/Mysuru: Accusing the BJP and the JD(S) of plotting to finish off former Chief Minister and senior Congress leader Siddharamaiah politically, former Minister Dr. H.C. Mahadevappa said that, however, the plot is bound to fail as the Congress would win most seats in the Legislative Council polls that is scheduled to take place on Dec.10.

He was addressing a Congress Party poll rally for the MLC elections at Kergalli in the taluk on Wednesday.

Asserting that Siddharamaiah worked for the welfare of Dalits, Backward Classes and all other marginalised sections of the society when he was the Chief Minister, Dr. Mahadevappa said the ruling BJP has been unfairly targeting Siddharamaiah.

Claiming that all attempts by the BJP and the JD(S) to embarrass Siddharamaiah would fail, the former Minister claimed that Chamundeshwari JD(S) MLA G.T. Devegowda’s supporters have expressed support to the Congress  in the Legislative Council polls.

He appealed the electorate to cast only  their first preference votes in favour of  Congress candidate Dr. D. Thimmaiah and not to think about second preferential vote. Arguing that the MLC polls are an indicator of the 2023 Assembly polls, he contended that the Congress was sure of returning to power in 2023.