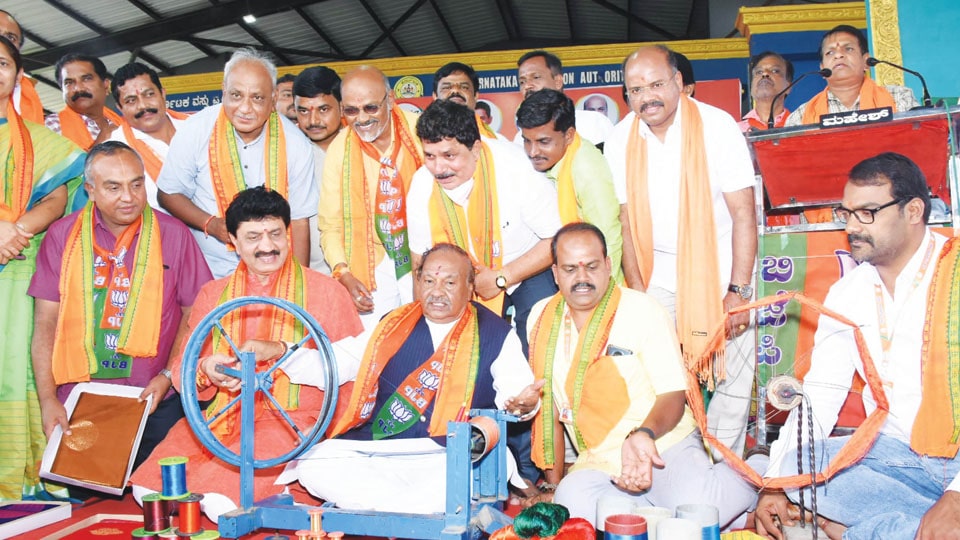 Mysore/Mysuru: Maintaining that Dalits and OBCs (Other Backward Classes) are upset with the Congress, Rural Development and Panchayat Raj (RDPR) Minister K.S. Eshwarappa said that these communities are now moving towards BJP for their development.

Alleging that the Congress had neglected the Dalits and OBCs in its 70-year rule, Eshwarappa said that such negligence has cost the Congress dearly as it has been thrown out of power at the Centre and in most of the States.

Stating that the Congress has drawn a blank in the recently held Tripura civic polls, he asserted that the Congress would not win any elections in the near future. He called upon the BJP workers to work for a better organisation of backward communities.

Referring to the new-found bonhomie between Siddharamaiah and MLA G.T. Devegowda (GTD), Eswharappa said that GTD must not forget that he was elected from Chamundeshwari in the last Assembly elections as all sections supported him for ensuring the defeat of Siddharamaiah.

Highlighting the reasons for Siddharamaiah’s defeat from Chamundeshwari, he asked GTD not to become an opportunist politician by joining hands with the Congress leader.

Eshwarappa further said that the BJP is not scared of the possibility of Siddharamaiah and GTD coming together. He also called upon OBC communities to educate their children as it is vital for their growth.