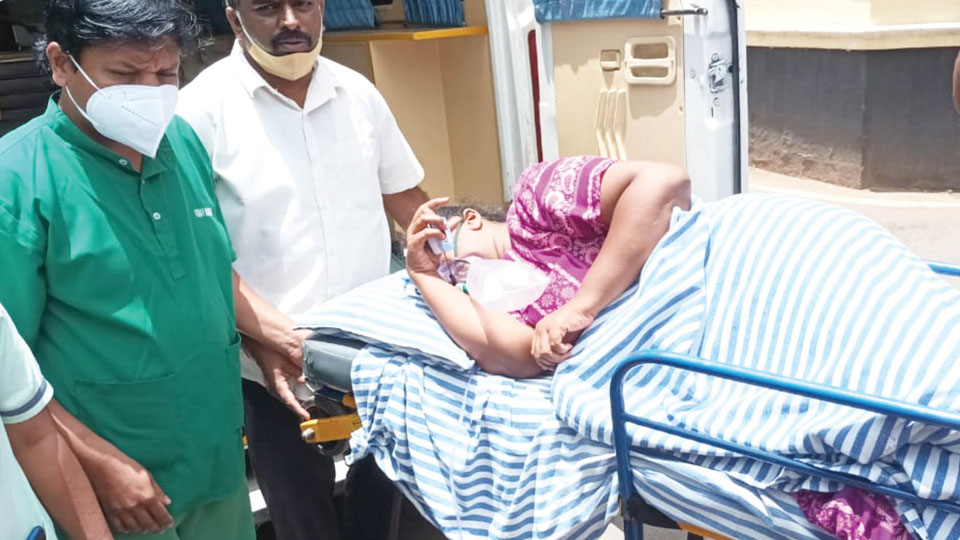 Mysore/Mysuru: BJP Corporator from Ward 29 Ashwini Sharath, who is undergoing treatment at a private hospital reportedly for some ailment for the past few days, was brought in an ambulance with oxygen support, to the MCC office for physically taking part in the voting for Mayoral polls, as the BJP had issued a whip to all its Corporators.

Ashwini Sharath, successfully voted in the Mayor election and soon after, was taken back to the hospital and hence could not vote in the Deputy Mayor voting.