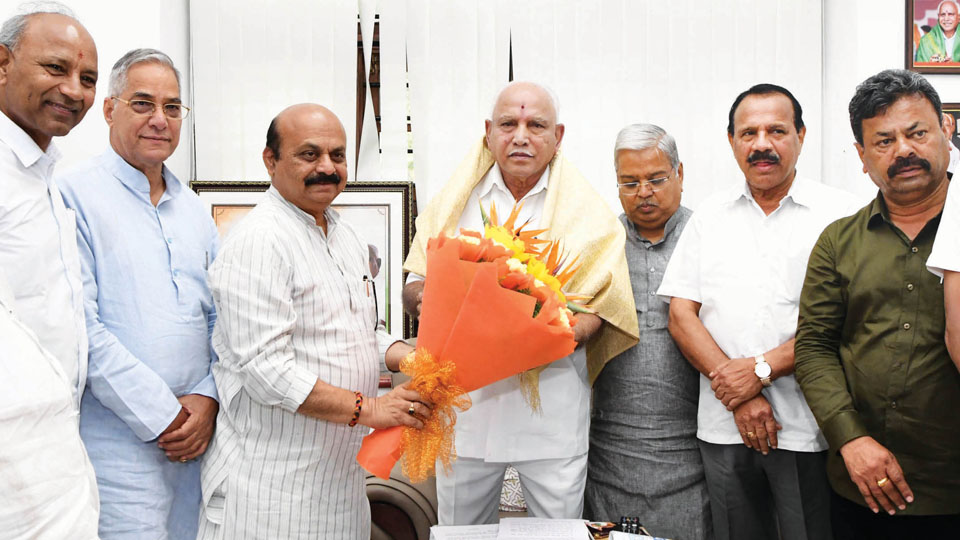 New Delhi: Former Chief Minister B.S. Yediyurappa expressed immense happiness over his induction as a member of the BJP Parliamentary Board and Central Election Committee and said that his aim would be to ensure the saffron party’s win in the 2023 Karnataka Assembly election.

“I will faithfully discharge responsibilities given to me by the party. My aim is to bring the party back to power again in Karnataka in 2023,” Yediyurappa said, adding that he will continue to work for BJP till his last breath.

The party’s decision clearly shows that its central leadership has set its eyes firmly on the next Assembly elections in Karnataka which are just about eight months away. It is an effort to revive the party organisation and its poll prospects in Karnataka by actively involving him in poll preparations and sending a message that the Lingayat strongman has not been ignored by the party.

“It is an honour to serve on the highest decision-making body of the party,” Yediyurappa tweeted. Yediyurappa is considered to be a Lingayat strongman and holds significant clout over the community and with Karnataka elections due next year, the BJP veteran would come in handy for the saffron party in chalking out the poll strategy.

“Yediyurappa who has built BJP in Karnataka has been named as a member of the BJP Parliamentary Board and Central Election Committee. It has given a big boost to BJP in Karnataka. We are confident that we will come back to power in 2023,” Bommai said.

In Karnataka, Lingayats are the single largest community and comprise nearly 17 percent of the population. They mostly reside in the north Karnataka region.

The move by the party leadership gains even more significance, as it comes following Yediyurappa recently signalling the end of his innings in electoral politics by stating that he will vacate his Shikaripura Assembly seat for son B.Y. Vijayendra if the party fields him in the 2023 Assembly polls.

Following the announcement about retiring from electoral politics, Union Home Minister Amit Shah met Yediyurappa earlier this month during his visit to the State and is said to have held discussions in this regard.

By projecting that Yediyurappa is being sidelined by BJP, the Congress had planned to attract the votes of Lingayats.

Sources said the leadership wanted to ensure that Yediyurappa doesn’t feel sidelined, as it fears adverse implications for the party in the polls, in the event of the veteran leader choosing to remain inactive.