Home » News » We should ponder over why we lost our freedom: C.T. Ravi 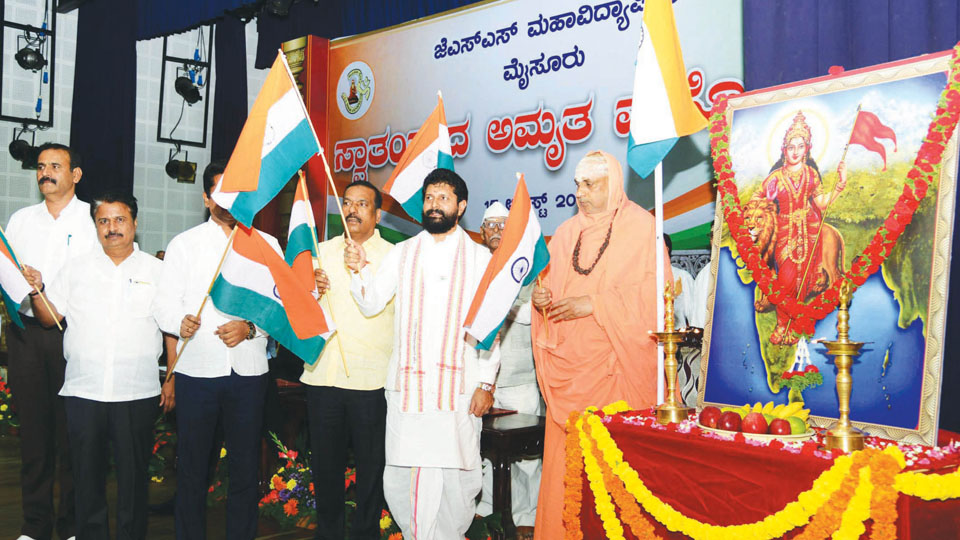 We should ponder over why we lost our freedom: C.T. Ravi

Mysore/Mysuru: Maintaining that we should ponder over why we lost our freedom despite India being a country with lot of courage, BJP National General Secretary C.T. Ravi said that finding an answer to this will help in saving our valued independence which we earned with a lot of struggle.

He was speaking at the 75th Independence Day celebration organised by JSS Mahavidyapeetha at JSS College on Ooty Road here on Monday.

Contending that no one will attack a desert as there is no wealth there, Ravi, who is also a former Minister, said that looters will attack only those places where there is wealth and prosperity.

“As our country was prosperous, the invaders chose to attack our country one after the other. Though in the beginning, we warded off the invaders, we lost steam later because of lack of co-ordination and in-cohesiveness, which resulted in us losing our independence. Although there was no dearth of courage, capability  and sacrifice, we became victims of treachery,’ he said adding that it is very important to save our hard gained freedom.

Noting that ‘Gurukulas’ came into being in our country for imparting education at a time when the world had failed to clearly understand who is ‘Guru,’ Ravi called upon the people to shed mistrust and inferiority complex.

Suttur Seer Sri Shivarathri Deshikendra Swamiji, who graced the occasion, said that those who had come to the country for trading, indeed became our rulers after some time. Charging the British of using the differences among the Indian population to divide the society, the Seer said that our country, however, gained independence through the sacrifices made by lakhs of people. We should remember our iconic leaders who sacrificed everything for the sake of the country, the Swamiji added.