Home » News » BJP has not resorted to Operation Lotus: BSY 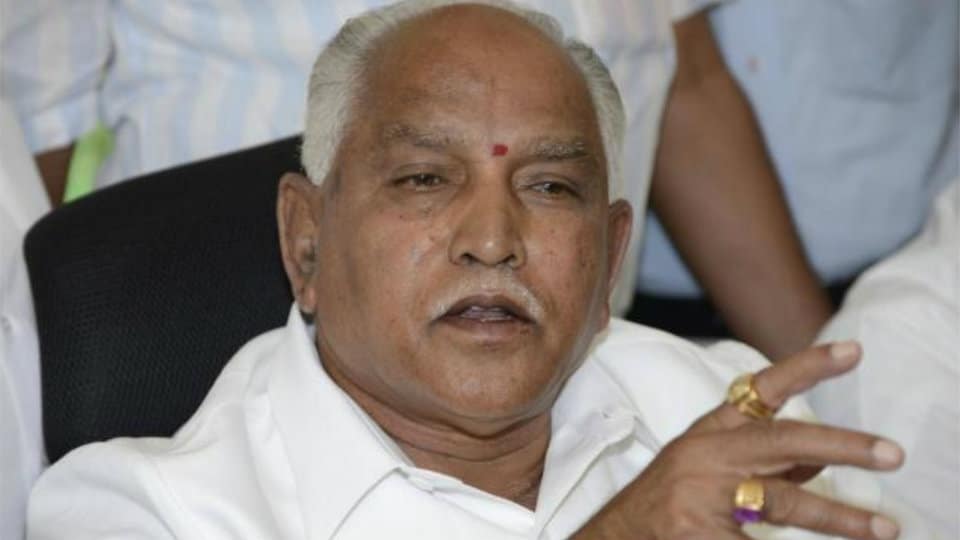 BJP has not resorted to Operation Lotus: BSY

Dismissing reports that the BJP had resorted to ‘Operation Lotus’ to poach MLAs from the ruling coalition, State BJP President B.S. Yeddyurappa (BSY)has clarified that the party had nothing to do in the happenings going on in the Congress.

Speaking to press persons on Sunday at Arasikere in Hassan after taking part in a wedding reception, Yeddyurappa said that BJP is the largest party in the State Assembly with 104 MLAs and the party has decided to work as an effective Opposition.

Claiming that there was lack of co-ordination between the Congress and JD(S), Yeddyurappa reiterated that the BJP had nothing to do with internal bickerings in the Congress.

Referring to HDK’s allegations that mafia kingpins were behind destabilisation moves, the State BJP Chief asked the CM to order a probe and find out the truth.

B.S. Yeddyurappa
Will become CM but not in a hurry: DKS
Kumaraswamy asks Venugopal to end machinations by Congress leaders