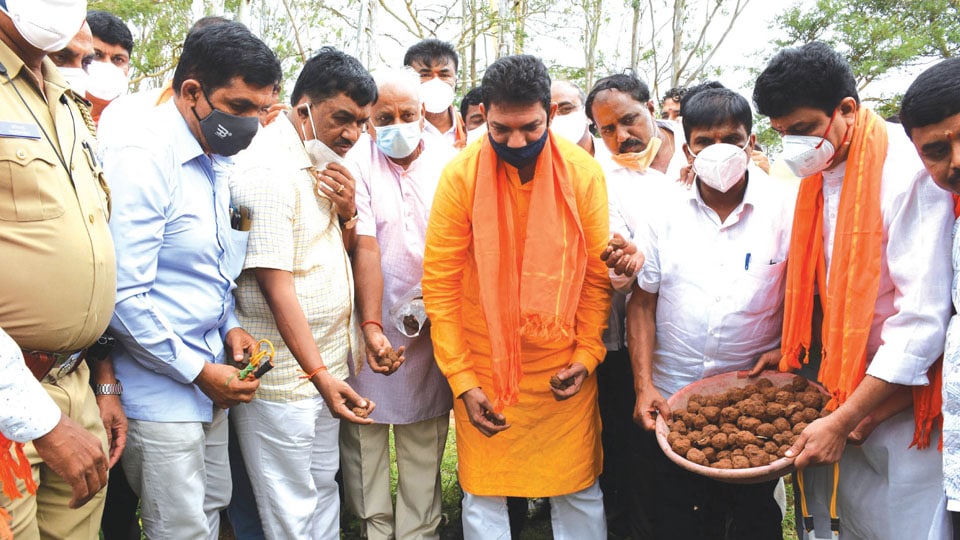 Mysore/Mysuru: The Seed Ball Campaign organised by the BJP OBC (Other Backward Classes) Morcha, Mysuru City Unit, as part of the birth anniversary of Syama Prasad Mukherjee, one of the founding fathers of BJP, was launched by State BJP President Nalin Kumar Kateel at Chamundi Hill in city yesterday.

As part of the Campaign which will continue for a week, the party plans to sow 50,000 seed balls across various locations including H.D. Kote, Hunsur, Periyapatna and M.M. Hills in Chamarajanagar. On day-1 yesterday, seed balls were dropped at Chamundi Hill, Devikere and Uttanahalli.