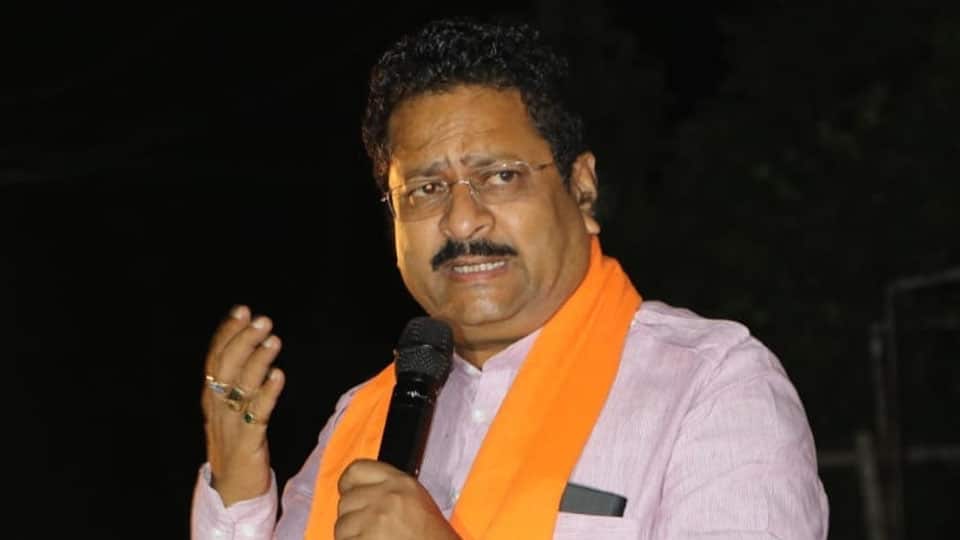 Bengaluru: Vijayapura BJP MLA Basangouda Patil Yatnal, who has launched a tirade against Chief Minister B.S. Yediyurappa, has urged the Party High Command to implement ‘One family One post’ rule to check dynastic politics in the State.

Talking to reporters at Vidhana Soudha here on Wednesday, he wanted the party top brass to implement new rule to check concentration of power in one family and to provide opportunity for those who were striving hard in the party without  expectations. A family must have only one post such as MLA, MP, Rajya Sabha member, chairman post in any boards or corporations or party post. “I will write to Prime Minister Narendra Modi and BJP National President J.P. Nadda. Time has come to end dynastic politics and to give corruption-free governance,” he added.

Training guns on the CM, he  said that he would give a list of family members of Yediyurappa who were in various posts. The High Command must stick to ‘One family One post’ rule and clip powers of the CM’s family and distribute it among party workers. “The party workers are not there to carry leaders on their head in procession. You groom them. I do not have any personal interest in it and will not force anybody to make them Ministers,” he said.

Commenting on the separate meetings held by disgruntled BJP Legislators, the former Union Minister said “I do not know who has held meeting with whom. Those who rose the topic of CD, must close the chapter. I neither opened the CD issue nor going to close it. I am not aware who will pacify whom, but I have the capacity to placate them. Issue or controversy has not died down yet post Cabinet expansion. I am not afraid of anybody and will continue to talk what I want. None can stop me.”

On Honnali BJP MLA M.P. Renukacharya’s visit to Delhi to meet party top brass, Yatnal said “I am not aware why Renukacharya went to Delhi and against whom did he complain. Why the High Command must own responsibility when it did not have any say in recent Cabinet reshuffle.

The power was vested with the CM and he has selected MLAs to become the Ministers. Elders must sacrifice and involve in party building works. New faces and youngsters must be given chance as Ministers. The same has been told by BJP MLA Shivanagouda Nayak which is perfectly correct,” he added.