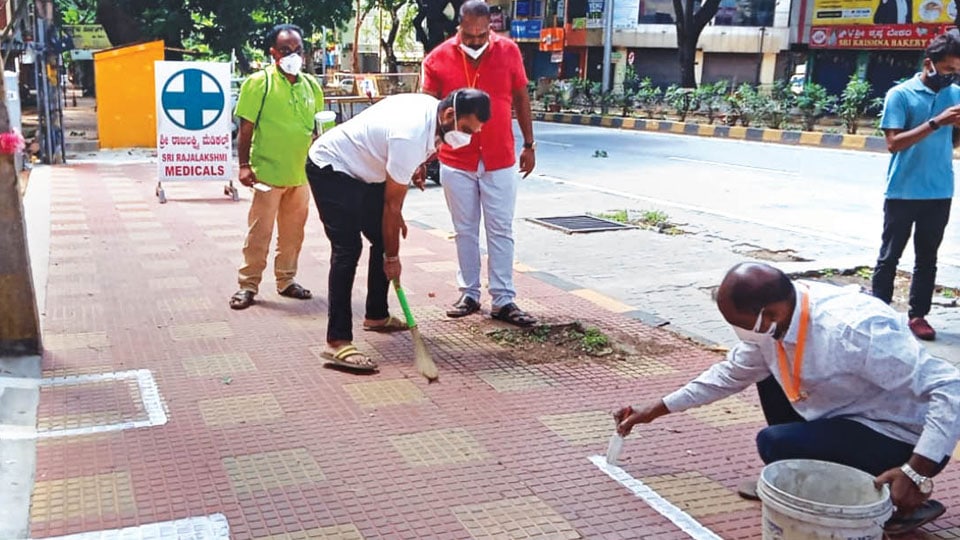 Mysore/Mysuru: As part of 7th year of BJP-led NDA Government headed by Prime Minister Narendra Modi in office, the BJP OBC Cell members celebrated it in a novel way by drawing the boxes in white paint near the shops to make people follow social distancing to check the spread of Coronavirus.

Led by the Cell City President Jogi Manju, the members formally drew the boxes in front of a medical shop near Ramaswamy Circle on Chamaraja Double Road, here on May 30.

He said this has been launched across the city simultaneously to make people follow the safety protocol. The members will draw the boxes in front of milk booths, provision stores and HOPCOMS outlets in city.