Home » News » “BJP’s win in UP polls is a political confluence of capitalism, communalism and casteism” 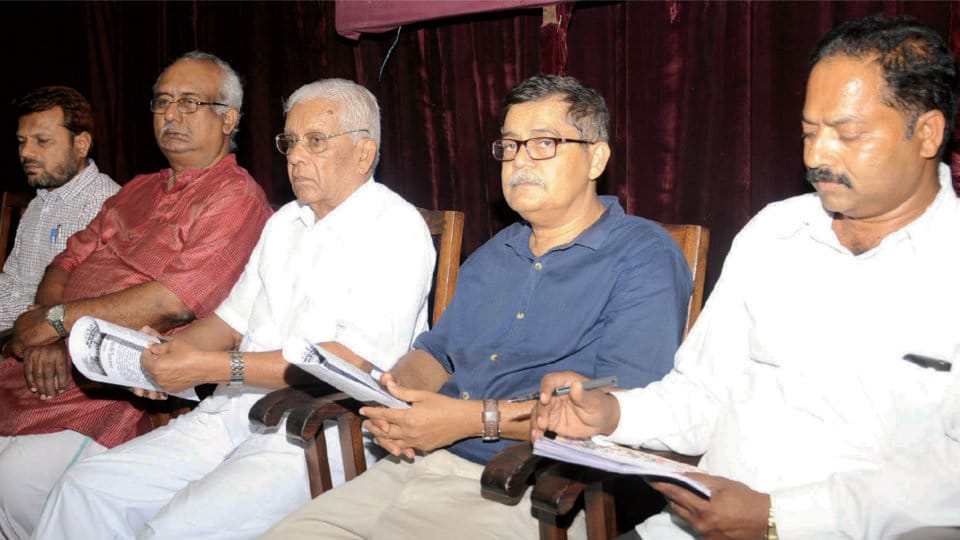 “BJP’s win in UP polls is a political confluence of capitalism, communalism and casteism”

Muzaffar Assadi at seminar on ‘UP Assembly Polls-2017’

“The victory of BJP at the Uttar Pradesh Legislative Assembly polls has been achieved through a political confluence of capitalism, communalism and casteism,” opined political analyst Muzaffar Assadi.

He was speaking at a seminar on ‘UP Assembly Polls-2017’ organised by Akhila Bharatha Praja Vedike at Maneyangala in Kalamandira premises here yesterday.

Muzaffar Assadi pointed out that the social foundation had totally cracked in UP which has been capitalised by BJP through innovative message and in short, had converted UP as a political testing laboratory.

Referring to the ignominious defeat of Social Activist Irom Sharmila in Manipur polls, he said that it was an eye-opener for democracy where social concern has taken a beating. Referring to the then rapid spread of Congress party, parthenium the unwelcome weed was referred to as Congress grass and now it could be recoined as BJP grass and the common people are left wondering whether the two parties are good for society.

ONE COMMENT ON THIS POST To ““BJP’s win in UP polls is a political confluence of capitalism, communalism and casteism””