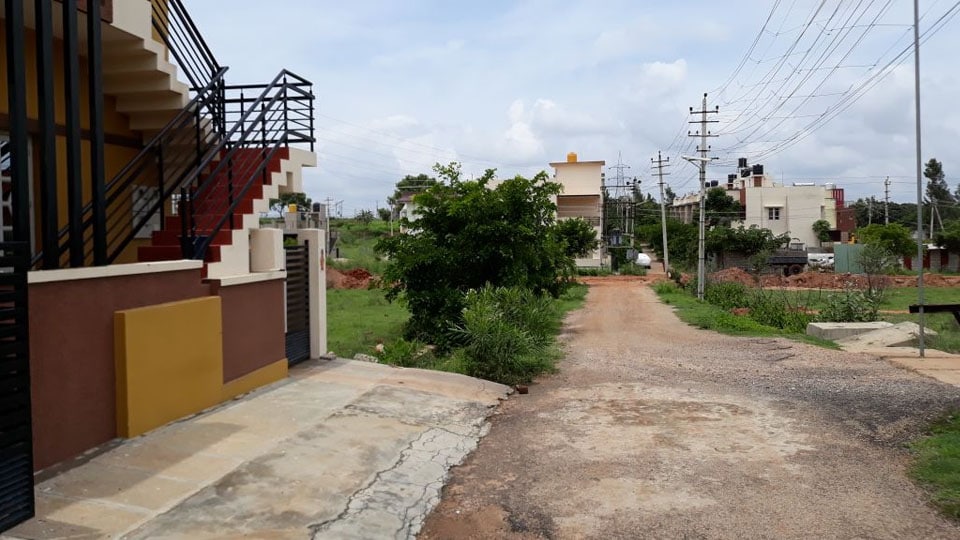 Mysore/Srirangapatna: Several Mysureans and residents of Srirangapatna experienced a mysterious blast sound twice at around 1.45 pm yesterday. The sound was sharp and of high intensity and its effects were felt across Srirangapatna.

Star of Mysore received calls from some of the residents of Vijayanagar Fourth Stage in Mysuru and layouts bordering Srirangapatna Taluk and informed about the twin blasts. The sound was deafening but did not cause tremors, they said. However, residents of Hulikere, Belagola, Hosa Unduwadi, Majjigepura, Bastipura, Hongahalli and surrounding villages near Srirangapatna said that the tremors were also felt along with the blasts.

Srirangapatna Gram Panchayat Member Vijay Kumar said that soon after the sounds were heard, they rushed out of their offices and alerted the Krishna Raja Sagar (KRS) Dam engineers and higher officials.

The sound was also heard in villages surrounding the KRS Dam but officers said that no tremors were recorded at the Earthquake (Seismic) Monitoring Centre at KRS Dam (VSAT-Enabled Permanent Seismic Monitoring Station), he said and added that yesterday’s blast was not an earthquake.

Following the blasts, Geologists visited the KRS Dam and inspected the premises. Confirming the tremors, Cauvery Neeravari Nigam officials said that it was true that tremors were experienced in and around KRS Dam last afternoon but the Disaster Monitoring Centre at KRS did not record any tremors.

“We heard the sound and people need not panic as the experts have ruled out quake or tremors. The blast could have been caused due to changes in the environment,” said Executive Engineer Ramakrishna.

It may be recalled here that in 2018, high-intensity sound was heard on Sept.25 at 2.37 pm across Mysuru, Srirangapatna, Pandavapura and parts of Mandya and walls of some of the houses, window panes and vessels in the kitchen vibrated. The cause of the sound was attributed to stone quarrying activities at Baby Betta Kaval, Bannangadi and surrounding areas in Pandavapura taluk.

Following this, the Mandya DC had banned mining, stone quarrying and all other allied activities in 20-kilometre radius around the Dam.