Home » Feature Articles » Once in a Blue Moon: How Mysuru is set to witness the rare celestial event 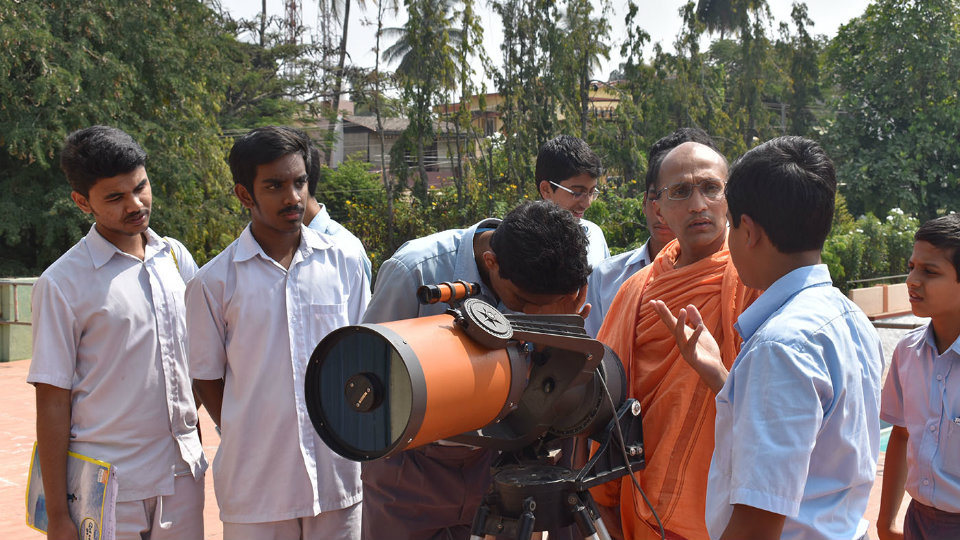 Once in a Blue Moon: How Mysuru is set to witness the rare celestial event

As the city is gearing up to witness the rare astronomical feat of Super Moon, Blood Moon and the Blue Moon on the night of Jan. 31, it will be a special moment for Sri Ramakrishna Vidyashala and Excel Public School in city as they have geared up to gaze the sky with special telescopes.

Here is a brief write-up on the schools and their telescopes.

Astronomical Observatory of Ramakrishna Vidyashala has been active over a decade in observing the sky effortlessly. The Astronomy section of the school has two reflecting telescopes – Celestron 8’’ and Celestron 14’’. Both the telescopes have Celestron’s acclaimed Schmidt – Cassegrains optical system. The Celestron 8’’ is a portable telescope, but Celestron 14” has a computer module housed in an observatory.

The best way to enjoy the beauty of the star-studded night sky is to use our eyes only, without being encumbered with optical aids like binoculars and telescopes. In fact, the wide angle of vision that observation with unaided eye allows is not available if we look through a pair of binoculars or a telescope. Astronomical observations, like any other walk of life today, have been profoundly revolutionized by the “silicon chip”. 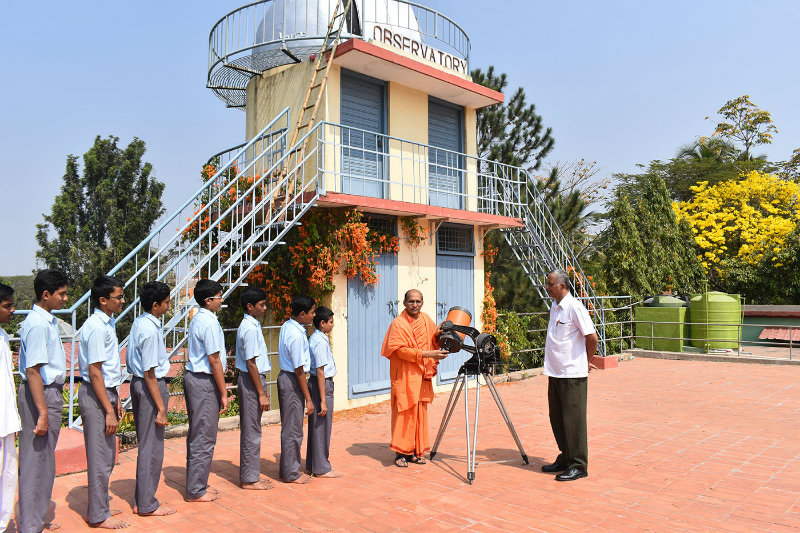 Students of Sri Ramakrishna Vidyashala are seen preparing to view the rare celestial event that will occur on January 31.

The Celestron Compustar 14” is a computer-controlled reflecting telescope, where the computer is controlled by an Intel 8052, 12 MHz microprocessor. The Compustar Computer displays the co-ordinates, type, magnitude, size and visual quality of each astronomical object being observed. It incorporates Celestron’s acclaimed Schmidt – Cassegrain optical system.

Celestron 14”, as an astronomical telescope, has 14 inches aperture, an effective focal length of 3,910 mm, a resolving power of 0.33 seconds of an arc, a light gathering power of 2581 times that of a normal human eye and a maximum magnification of 840x. The Compustar has three in-built catalogues containing a total of more than 8,000 astronomical objects. They include

(2) The computerized New General Catalogue of deep sky objects and

Any observation through a telescope starts with polar alignment of the telescope. The computer gets ready with beep sound when power is turned on. When the ‘Begin Command’ key is activated, the computer automatically asks for time, date, latitude and longitude of the place of observation and these data are fed to the computer very impressively slews to point Pole Star.

Astronomical Observatory of Excel Public School has been active from past two years.The school has installed the state-of-the-art 14 inch CGE PRO XLT Starbright Equatorial Mount Celestron GOTO Schmidt Cassegrain telescope with focal length of 3910 mm/ F11 for the school observatory for regular sky watching programmes for the children and for occasional public viewing. Open for general public on a regular basis, it had a huge impact on the minds of the people.

The 14-inch observatory class computer-operated telescope is a fully multicoated Schmidt – Cassegrain telescope with multi-coated Plossl eyepieces accessory, which is a very high resolution powered instrument just perfect to see very faint celestial objects up to 14 magnitudes. It has the light gathering power of 2560 times the naked eye limit. 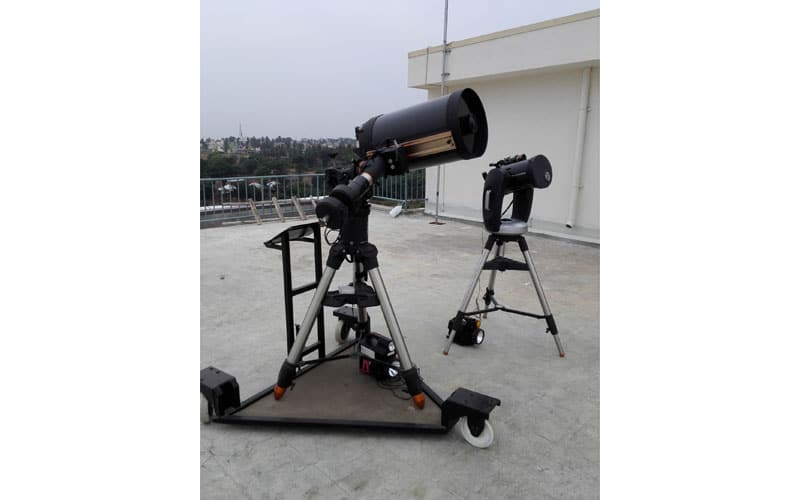 The 8-inch Altazimuth CPC 800 GPS integrated telescope being smaller and more portable with focal length of 2032 mm/F10 is quite powerful and has the light gathering power of 850 times the naked eye limit. Both the telescopes can be mounted on a super sturdy steel tripods and dampers and preloaded with 40000 objects in its memory, like NGC, Caldwell, IC, Messier and Abel catalogues. With plenty of interchangeable lenses to go with the sky is not the limit and with magnification extending more than 400 times, objects such as galaxies as far as millions of light years is clearly visible.

The school campus, with its roof-top observatory, which is an ideal setting since it is a little out of limits of urban light pollution. On Jan.31, the school will organise a special star gazing event that is open to all space enthusiasts. Entry is free. Contact amateur astronomer Kiran Prasad on 9741516348 to register your names.

Breakthrough Science Society, Mysore Chapter is organising a workshop on Jan. 28 between 10 am and 1 pm at Taralabalu High School, near Maruti temple, TK Layout.

The workshop will be related to Total Lunar Eclipse. It will have PPT presentation, videos, talk, activities and discussion. All those who are interested can attend. Entry is free. Contact phone number – 9448314130.