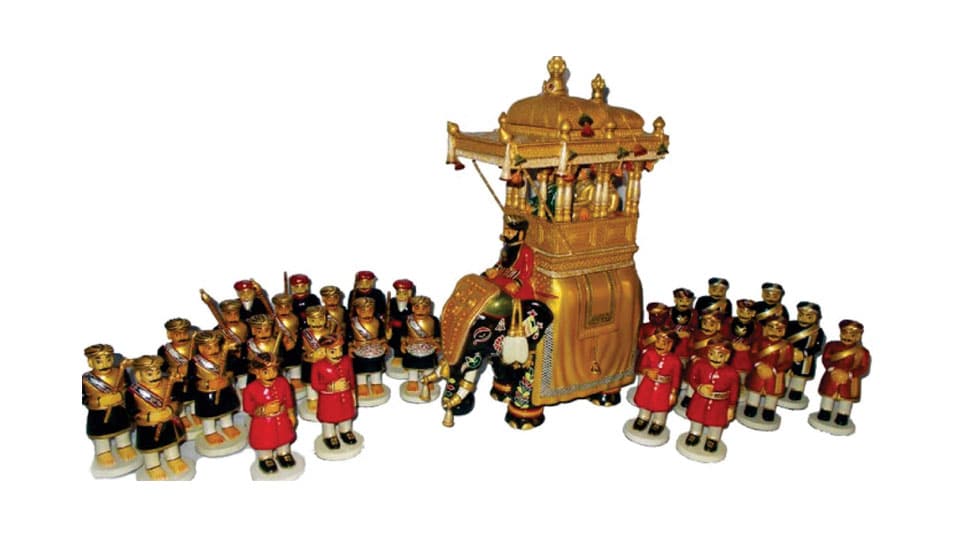 The 14th edition of Bombe Mane, an exhibition of exquisite dolls organised by Ramsons Kala Pratishtana (RKP), will be inaugurated by Deputy Commissioner (DC)Abhiram G. Sankar at 6.30 pm tomorrow (Sept.21) at the Pratima Gallery, Nazarbad Main Road in city. Noted danseuse Tulsi Ramachandra will unveil the Special Displays. The exhibition-cum-sale  will be open to public from Sept.22 throughout the year between 10 am and 7.30 pm everyday including Sundays and other holidays.

On display are thousands of dolls in all sizes and shapes, vividly coloured and made of clay or papier mache. The dolls seem frozen in time, on the verge of bursting into action or ready to expound a polytheistic aphorism. The dolls may be small groups about to enact a popular episode from the Puranas and yet others may jog one’s memory into recalling a moral tale or the life of sage or a savant.

In keeping with the tradition of introducing the visitor to a facet of our heritage, four special displays have been conceived and designed by RKP. The first special display is a tribute to the last of the Maharajas of Mysore, late Jayachamarajendra Wadiyar, the 25th king of the Yadu dynasty. The photomontage with its rare vintage photographs reveal a king whose human-ness is ethereally real. The many benign moods of the Maharaja are revealed in the restored painted photographs which had been done by Court artists M.N. Murthy, Y. Nagaraju and A.R. Vasu. A small tableau that may be of particular interest would perhaps be the one that shows Jayachamarajendra Wadiyar worshipping Kamakshi. 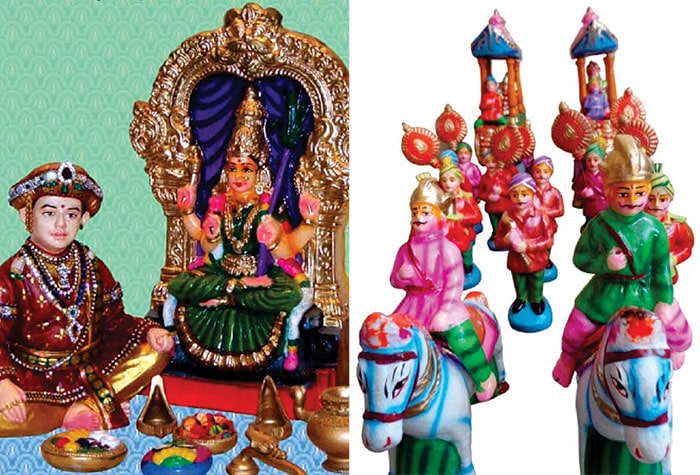 The Mysore Style Paintings featured in the display show Jayachamarajendra Wadiyar worshipping his favourite deities Gayatri, Meenakshi,  Dattatreya, Kamakshi, Indrakshi and Vishalakshi. The unique feature of these paintings is that it is a collaborative effort by artists B.P. Ramakrishna of Mysuru and Manish Verma of Bengaluru.

Another display is Bombe Mane’s tribute to the artisans of Kumaratuli, whose huge clay statues of Durga, are housed in the 25,000 Durga Puja pandals in West Bengal. With Mysuru having more than 300 Bengali families who have made this city their home, Bombe Mane pays a tribute to a community whose Durga Puja celebrations parallels our own Dasara festival.

The Durga idol has been specially made for Bombe Mane by Master miniature artist Mala Pal of Kumartuli. The diorama features Radha and Krishna, Dakshina Kali, Lakshmi, Saraswati, Ganesha, Kartikeya and the patron deity of the artisans, Vishwakarma. Artisans seem to have revelled in the individual expression allowed by the complexity of the Mahishamardini scene and have depicted in an amazing variety of postures, expressions and movements.