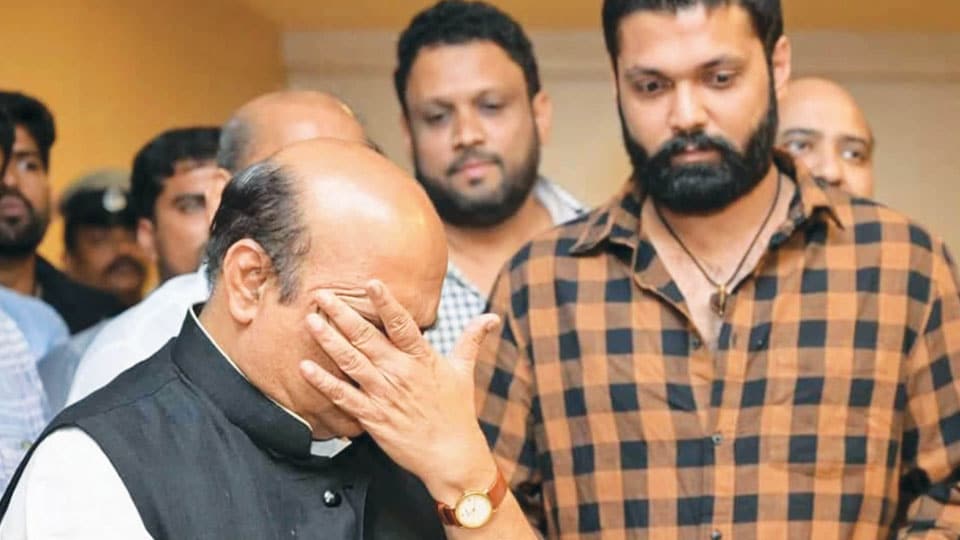 Bommai breaks down after watching ‘777 Charlie’

Bengaluru: Chief Minister Basavaraj Bommai broke down after watching Rakshit Shetty-starrer  ‘777 Charlie,’ a film that celebrates bonding between a dog and its “hooman.”

The film obviously reminded Bommai of his late pet Sunny with whom he had spent some long emotional years. Bommai had lost his pet days before assuming charge as the Chief Minister.

Bommai, who is an avid dog-lover, could not control his tears as he watched the poignant tale of man-dog bonding on Monday night. Pictures of him wiping his tears have gone viral on social media, just like they did last year when he was the Home Minister.

On July 12, 2021, Bommai tweeted in Kannada: “Today we lost our pet dog Sunny. I am in great pain as I lost a family member. Sunny loved mingling with everyone who came home. Om Shanti.”

The Chief Minister applauded the film-makers for an amazing film and urged everyone to watch it.

Directed by Kiranraj, the movie ‘777 Charlie’ is a comedy drama and also stars Sangeetha Sringeri, Raj B. Shetty, Danish Sait and Bobby Simha in key roles.

‘777 Charlie’ is a film for all animal-lovers, especially dog-lovers. The film has been released in Kannada, Tamil, Telugu, Malayalam and Hindi.