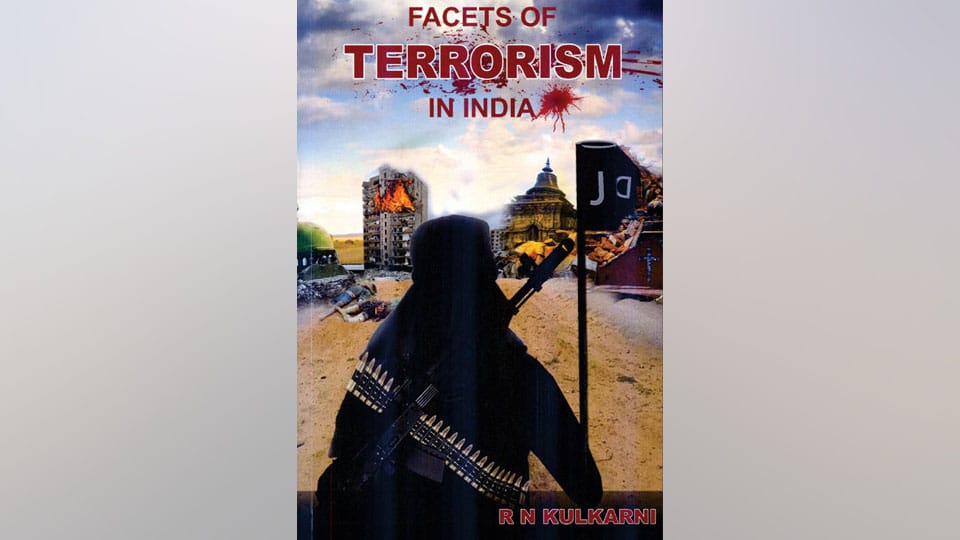 The word ‘Terrorism’ itself is terrifying as it means killing of innocents, fright, anguish, alarm, fear and panic. Added to this there are many forms of terrorism and one that particularly concerns India, that is Bharat, is the words ‘Saffron Terror,’ given to us by UPA Government at the Centre.

There are a lot of books written on terrorism happening around the world. According to Audrey Kurth Cronin, a Professor at the School of International Service, American University, terrorism is an ancient phenomenon and at its heart a weak tactic.

Now, to research on such a topic and going deep into the nuances of the word terrorism, author R.N. Kulkarni, who served in the Intelligence Bureau (IB) for more than three-and-a-half decades, has penned the book titled ‘Facets of Terrorism in India.’

This deeply researched book is the result of a dispassionate, sensitive and faithful urge to seek a rationale and logic behind the accusations against Hindus in India-Bharat as ‘saffron terrorist,’ says the author.

Dwelling at length on Jihad, Kulkarni, who has held various assignments both inside and outside the country, urges the reader to read about the unfolding of Jihad-religious war in India and get enlightened on the subject. He concludes, “The endeavour of every religion should be to connect man to God, otherwise it is fraught with fraud. Man having human life should grow more divine and not a demon.” —OSR