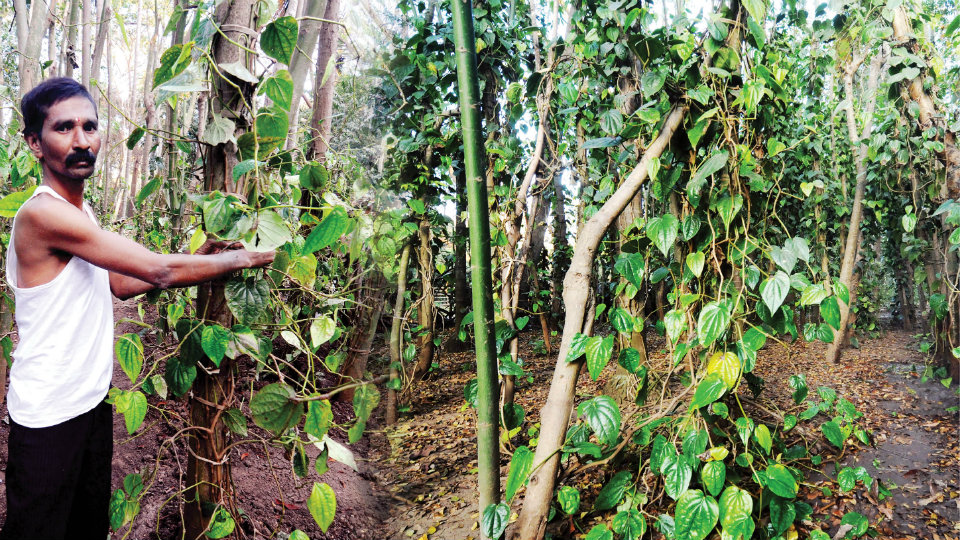 Brand crops from Mysuru like Mysore Vilyedele (Chigurele) and Mysore Mallige have brought a special fame to the city. However, unfettered modernisation and expansion of real estate — concrete jungle — in leaps and bounds have literally threatened the existence of these crops.

If Mysore Mallige became the first victim of ungirdled development with the areas of cultivation significantly reducing over the years, Mysore Vilyedele is the second brand crop to fall prey to . And both the crops will soon go down in history if the government fails to come up with solutions to protect the crops that enjoy Geographical Indication (GI) Tag.

Mysore Vilyedele, a native to this region, has been used by people in this milieu from time immemorial. The Mysore betel leaves which were grown in the gardens of Maharajas were later spread to hundreds of acres from Poornaiah Choultry in Old Agrahara to Vidyaranyapuram Junction, which connects the Mysuru-Nanjangud Road. And this area is popular as Yelethota  (yele in Kannada means leaves and thota means estate).

It was said that Mummadi Krishnaraja Wadiyar offered these leaves to his guests at Mysore Palace. Mysore betel leaf is a variety of heart-shaped betel (Piper betel) leaf and is eaten as a betel quid or as paan with or without tobacco. A sheaf of betel leaves is traditionally offered as a mark of respect beginnings.

This leaf has a delectable rancidity, coupled with unique texture and flavour. As demand for this special crop grew, it spread to about 700 acres around Mysore. Unique climate and soil in this stretch gave the leaves a unique taste that earned it the name Mysore Chigurele (Mysore sprout leaf).

These betel leaves are different from other betel leaves because of their smooth texture and hot taste. And for this unique taste and texture, it has earned the GI status. The Office of Controller-General of Patents, Designs and Trademarks brought this leaf ‘GI tagged’ under the Geographical Indications (GI) of Goods Act (1999) in 2005 in order to help growers of Mysuru to have the right exclusively to brand their product using the term Mysore betel leaf.

However, rapid urbanisation, scarcity of labour, plastic pollution, lack of water sources, depletion of ground water table, increase in labour and cultivation, disinterestedness of the younger generation to continue the profession of their ancestors are forcing the growers to stop its cultivation.

The earlier 700 acres of land in Mysuru has been reduced to a few acres now. Hundreds of marginal growers, majority of them SC/ST families from Ashokapuram, who have been cultivating this crop from the last four generations, are now moving away from this.

The cultivation areas, which stretched from Shankara Mutt to Koppaluru in J.P. Nagar, from K.G. Koppal to Ashokapuram, have now been transformed into large residential layouts, hospitals

and colleges. Now only Gomate Farm, Anekarati Farm, Koduge Farm, Basavanagudi Farm and Hosa Farm are among some of the prominent betel leaf farms in city.

According to Horticulture Department, betel leaf is a tropical vine and it needs a warm and humid climate. It thrives best under shade and in a temperature ranging from 10 to 40 degrees. Black clay soil along with hot and humid climate gives Mysore betel leaf its special characteristics.

Speaking to Star of Mysore, President of Ashokapuram Mysore Vilyedele Growers Federation Mariswamy said that growers were facing a threat from real estate sector as they are being forced to sell their land due to close proximity to main roads and city headquarters. This is a labour-intensive crop and these days, labour is hardly available.

“My family has been growing this variety since four generations in a few guntas of land given by Maharajas to my ancestors near Koduge Farm close to Madhuvana on Mysuru-Nanjangud Road.  However, I am not able to continue cultivation due to high labour costs, pollution, depletion of ground water, lack of water resources and rapid urbanisation. Moreover, my children are reluctant to continue this profession due to competition and lack of government support,” he rued.

“Earlier, growers used to draw water from the storm water drain that originates from Doddakere Maidan and pass through their farms. But now this drain has become a sewage drain. Flooding caused by this clogged drain brings huge amount of plastic during rainy season and results in water logging and turns our farms into plastic waste yard,” he regretted.

Some years back, growers could easily get water if they dug a few meters but now they face a herculean task to get water to maintain their farms during summer as water sources are either blocked, dried up or diverted into drainages, Mariswamy rued.

READ ALSO  She speaks through her art

Successive governments have turned a blind eye towards protecting such unique farms and many helpless growers have made up their mind to sell their land as it is fetching a good price due to rise in real estate market.

“A majority of customers including local beeda and paan shop owners prefer Mysore Vilyedele for consumption, wedding, pujas and religious rituals. Sadly, the demand is high and that much leaves are not available. Also, the Mysore leaf is hot in taste that is not preferred by people who like a mild taste,” he said.

“The supply has almost stopped due to urbanisation. Only a few growers from J.P. Nagar and Koduge Farm are supplying this variety once or twice a week,” he said. While most of the Mysore Vilyedele is sent outside Karnataka, only two percent of Mysore betel leaves arrive at the City Market. To ease the shortage, sellers purchase leaves from Udbur, Nanjangud, Chikkakatur, Channapatna, H.D. Kote, K.R. Nagar and Hunsur. These leaves almost resemble Mysore betel leaves and matches its taste to some extent. They are conveniently marketed as Mysore Vilyedele !

City traders also purchase betel leaves from Salem and the leaves are yellowish and smaller in size. There is huge demand for Salem leaves from local paan shop owners and people from Kodagu for its mild taste. Some local beeda and paan shops purchase leaves from Banaras, Kolkata, West Bengal and even Bangladesh.