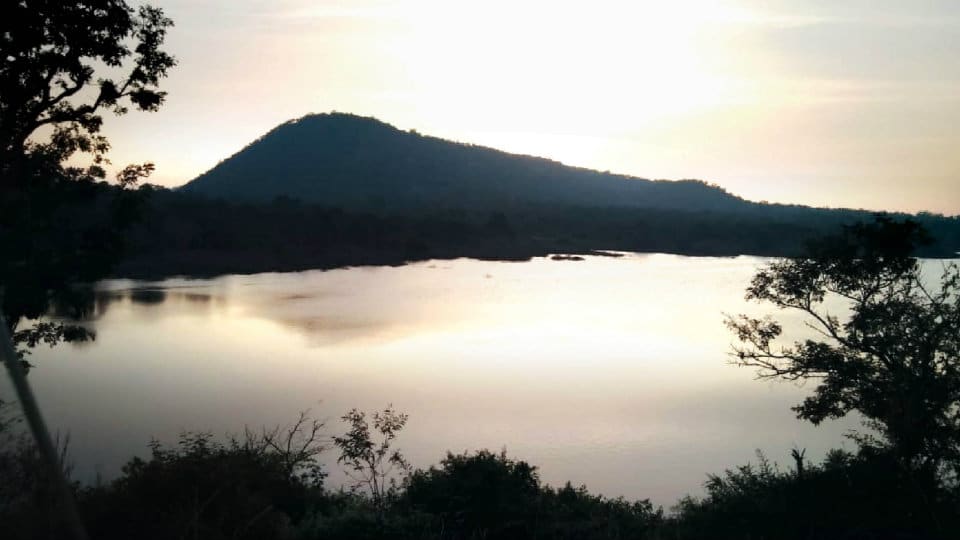 Mysuru: Heavy rains that lashed Chamarajanagar district since the arrival of South-West and North-East monsoon has brought relief to the denizens of Bandipur National Park. Almost all the lakes inside the Park have been filled up.

The Bandipur Tiger Reserve is spread across 1,02,700 hectares (1,027 sq kms) and the forest area covers a total of 13 ranges including three in Bandipur, four in Gundlupet and six in Hediyala.

Among the 373 lakes in Bandipur, 350 lakes had completely gone dry. Almost all the lakes are full to the brim now owing to heavy rainfall. Speaking to Star of Mysore Bandipur Project Tiger Director T. Balachandra said that only 10 to 15 lakes are full to its half level.

“This is the first time in December that these lakes are full and they won’t go dry sooner as the ground water has been recharged now after a dry spell of more than five years,” he said and added that there will be no problem during summer this year. Some of the lakes that are full now are Bandipurakere, Hangalakere, Chennammanakatte, Erekatte, Mantallikere, Mudaganoorukere, Billenahosahallikere, Bheemanakatte and Baanerikere.

As summer sets in Bandipur, it is common for wild animals to migrate to Kabini, Nagarahole and Mudumalai forests in search of water from January to May. “This year, there won’t be any migration, thanks to rains and the lush green lakes. Also, the Forest Department had taken desperate measures including solar borewells and other artificial ways of filling up the lakes,” he added.

Also, for the first time since 35 years, the Mangala Dam has reached its maximum level as several lakes inside Bandipur Tiger Reserve have breached and the water has reached the Dam. Last year’s rain recharged the ground water at the Dam and this year, it is full to the brim after the ground was able to hold water.