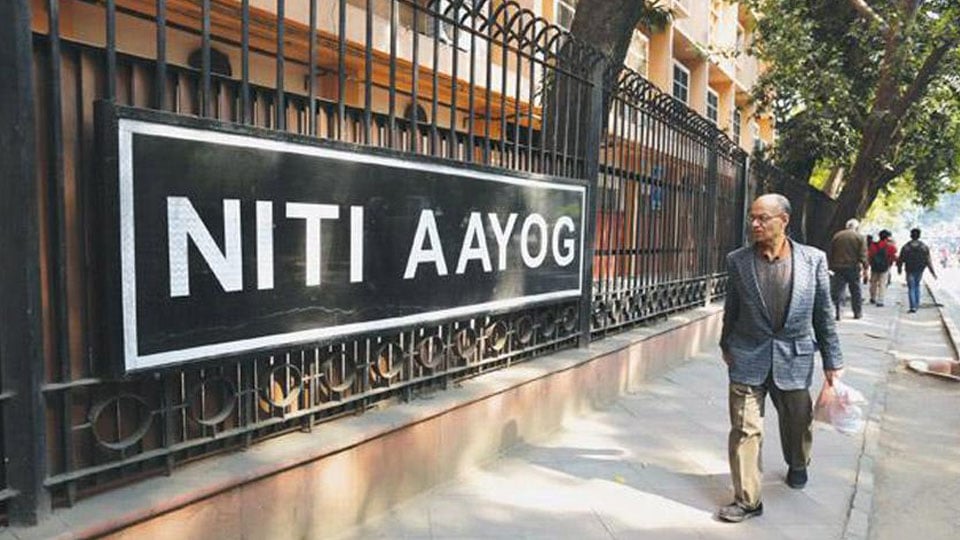 A call has been given by the top brass in the Nation’s Government during the first meeting last week of NITI (National Institution for Transforming India) Ayog, its policy think tank, established with the aim of achieving sustainable development goals and enhancing co-operative federalism of State Governments across the country to make India a five trillion (lakh crore) dollar economy in a span of next quinquennial. Major contribution to the success in pursuing the daunting task is expected from the country’s youth, accounting for almost half its total head count. Given their intellectual faculties and age advantage of physical fitness, the land’s stock of human resources is raring to go, all set not to belie the hope of the Government of the day and the nation’s diaspora. The only snag threatening the march to prosperity is paucity of a critical mass of leaders in the country’s Legislatures and Executive wings of the Government. The fear that bugs the aam admi is the resultant feeling of burnout among the youth, barring exceptions.

A former President of the Nation often prescribed to the younger sections of the country’s population to dream and set goals in life setting examples of enthusiasm at workplace. One has reason to believe that his prescription has received positive response from the country’s youth at large in recent years. The momentum thus generated, resulting in the emergence of hundreds of start-ups, augurs well for coming days.

The tragedy is not that the country’s youth is being lured by the loud-mouthed vote-seekers away from the path of living to achieve intellectual excellence, economic prosperity of the country and professional perfection in their chosen callings, but the tragedy is that the voice of society’s mentors has tended to be feeble, if not dying. Worse still is the dominant influence of outfits radicalising the youth, including sections coming out of the land’s Universities, exciting them with ideals stoking hatred of humanity itself. The seeds of intolerance in its ugliest forms have been sown along with the cunning and crafty vote-seekers watering the seeds to germinate, growing into robust trees.

As an acclaimed author has opined, ideals, not just goals of happiness, can prevent burnout and labour inspired by an ideal does not result in lack of enthusiasm. The onus of nurturing the capabilities of the land’s youth rests on the shoulders of the rest in the Nation, particularly the law-abiding citizenry.

Editorial
Languages in curriculum and their importance
Karnad: One man who was many men