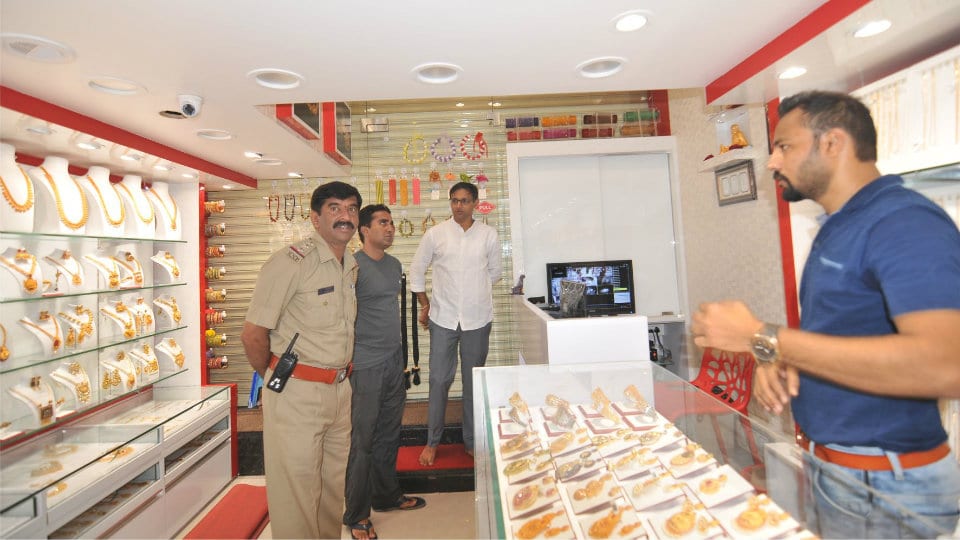 Burglars strike at 5 shops in Shivarampet

Mysuru: Barely a fortnight after criminals committed serial burglaries by breaking the sheet on the terrace of two shops on Ashoka Road, five shops were burgled last night in the busy Mannar’s Market at Shivarampet that comes under Devaraja Police limits.

Here too, burglars adopted the same modus operandi where they broke the sheet on the terrace and entered the shopping complex. They landed at the shops after entering a lift and sliding through the iron railings.

It may be recalled here that on July 19, burglars struck two shops on Ashoka Road and over Rs. 2.08 lakh cash was stolen.

In yesterday’s burglary cases, the three-storey building adjacent to the Mannar’s Market was targeted where they took only cash and left the main doors intact.

The crime came to light when the shop owners opened the shutters this morning.

Burglars entered “She Creations” first and decamped with  Rs. 2.5 lakh that was kept in the cash box. The shop, owned by Dinesh Kumar Jain, sells artificial and imitation jewellery. Next they entered Swastik Enterprises, owned by Rakesh that sells plastic items including decorative materials and stole Rs. 80,000. 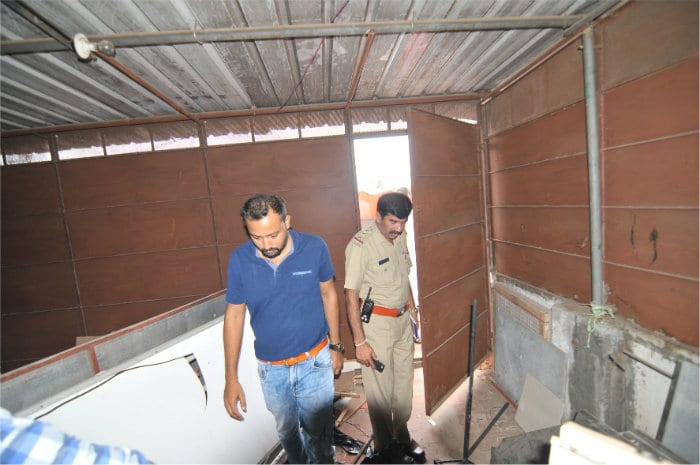 The next target was Vasavamba Stores that sells groceries and took Rs. 10,000 that was kept in the counter cash box. The shop is owned by Murali Prakash. The burglars entered Baba Company, a glassware shop, and Navkar Novelties but had to return empty handed as cash was not kept inside.

Though all the shops were under CCTV surveillance, the owners had switched them off yesterday night before closing the shop, leaving no clues for the Police to arrest the accused.