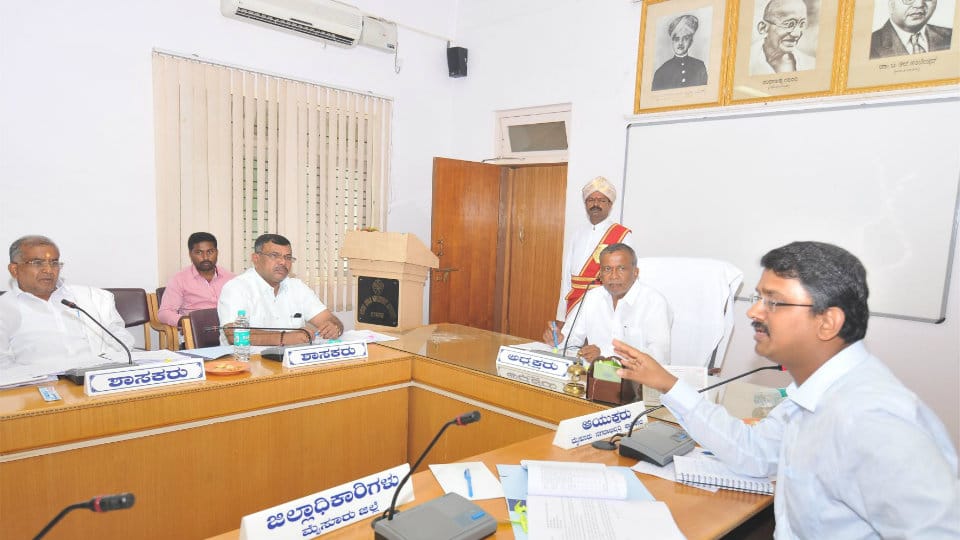 Mysuru: The Board Meeting of the Mysuru Urban Development Authority (MUDA) headed by Chairman D. Dhruvakumar approved the final list of the site allottees of Rabindranath Tagore Nagar (R.T. Nagar).

The meeting that began here this morning at the MUDA meeting hall, first took up the issue of the R.T. Nagar site allottees. The public was given time to file objection after the provisional list was announced in June.

A sub-committee was formed to finalise the list after hearing the objections.

The Board gave its approval to the final list today, which will be displayed on the MUDA Notice Board this evening. Meanwhile, 10 to 15 residents of Keragalli and Dattagalli who had parted with their lands for R.T.Nagar, submitted a memorandum urging the authorities to allot a few sites to them in R.T. Nagar. The authorities assured them that a decision will be taken after the meeting was over in this regard.

There are nearly 47 subjects listed at the day-long meeting that include allotment of alternative sites to eight aspirants, 21 to 33 per cent bit of land confirmation letter, sanction of sites to the families of martyred soldiers Subedar Ramesh Kandappa Police Patil and Lt. Col. C.N.Nanjappa, land for ACB office in Survey Nos 42, 44 and 45 of Eeranagere (behind Jeelani Petrol Bunk), Residential complex and site for WAKF Board.