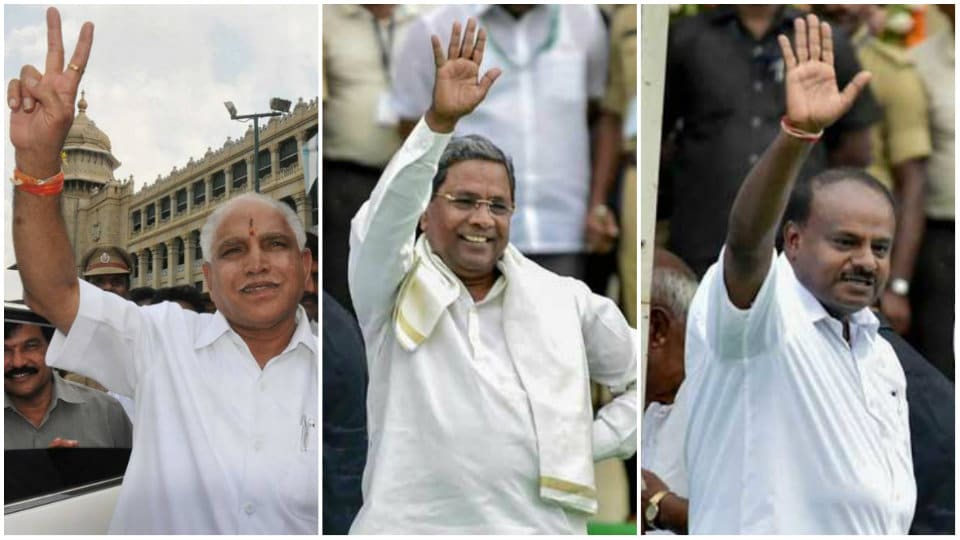 Mysuru: The counting of votes polled in the Hunsur by-poll held on Dec.5 will be taken up at D. Devaraj Urs Government First Grade College in Hunsur at 8am tomorrow (Dec.9).

Addressing a press meet at his office here yesterday, Deputy Commissioner Abhiram G. Sankar, who is also the District Electoral Officer, said that the counting of votes will commence at 8 am and the results are expected by 1pm. The counting centre will have 14 tables and every table will have a Micro-Observor, a Supervisor and an Assistant. All the staff assigned for counting, have been trained on their job, he said.

Pointing out that CCTV Cameras have been installed at the counting centre, the DC said that all security measures have been put in place to ensure that no untoward incidents take place during the counting and added that exclusive seating arrangements have been made for the counting agents of candidates.

Continuing, Abhiram G. Sankar said that carrying of cell phones to the counting centre has been banned and only media persons are  allowed to use mobile phones only at the Media Room set up at the centre.

Hunsur Assembly segment has 2,27,974 voters, out of which 1,83,728  exercised their franchise on Dec.5 thus recording a polling percentage of 80.59. The district administration has declared a dry day in the limits of the Constituency and as well as in five km radius, during the period from today midnight (Dec.8) till tomorrow midnight (Dec.9), he said and added that prohibitory orders have been issued around the counting centre.

SP C.B. Ryshyanth said that Prohibitory Orders under Section 144 of CrPC has been enforced  around the centre tomorrow, according to which, people cannot gather in groups of more than five persons. A total of 400 Police personnel have been deployed for bandobust, who include 3 DySPs, 9CPI, 26 PSI                   and other staff.

The SP further said that a total of eleven cases have been registered in connection with poll code violation. Also, 1.02 lakh litres of liquor, pamphlets, vessels and vehicles and other articles and Rs.1.75 lakh cash have been seized, he added.

The counting of votes in the by-poll held for K.R. Pet Assembly segment in Mandya District will be taken up at Government Polytechnic College on Channarayapatna Road in the town at 8 am tomorrow and the results are expected to be announced by 1pm. Due to the counting, vehicular movement on Mysuru-Channarayapatna Road passing through the town has been banned from 6 am to 6 pm tomorrow. Following the ban, vehicles coming from Mysuru side will have to take new Kikkeri Road to move further and vehicles coming from Channarayapatna side will have to take the Old Kikkeri Road to move further. Also, entry of vehicles from T.B. Circle to New Kikkeri Road is banned.

As a precautionary measure, the Mandya district administration has issued Prohibitory Orders from 6 am tomorrow (Dec.9) till midnight of Dec.10 in the entire taluk. Taking out processions, bursting of crackers, carrying of weapons and explosives etc., have been totally banned during this period.