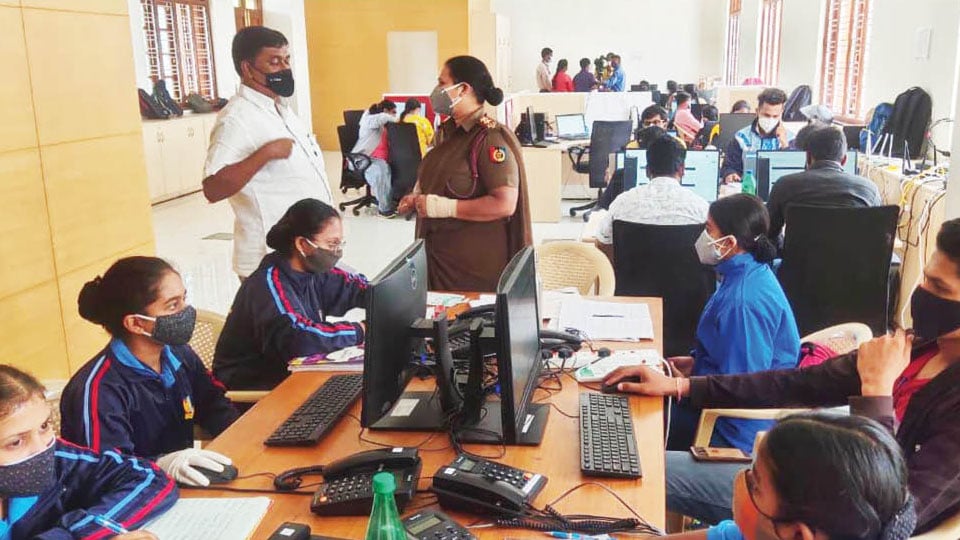 Speaking to media after visiting the War Room here yesterday, he said the cases were slowly coming down, thanks to the steps taken by the District Administration under the leadership of District-In-Charge Minister  S.T. Somashekar.

The beds are vacant in Hospitals and there are no takers for oxygen and ventilators. Earlier, the War Room was getting around 500 calls per day but it was receiving around 100 calls a day since last one week. The War Room had blocked 17,191 beds for positive patients including 3,977 beds in Private Hospitals.

Now, the bed blocking has come down by almost 50 percent and the War Room staff has been working tension-free.

Raghu said Mysuru was reporting more number of positive cases than Bengaluru. However, the District Administration efficiently managed both health and hospitals besides volunteers counselling  the callers.  A month ago, it was quite challenging to arrange bed, oxygen and treatment for patients, but the War Room managed everything neatly, he added.