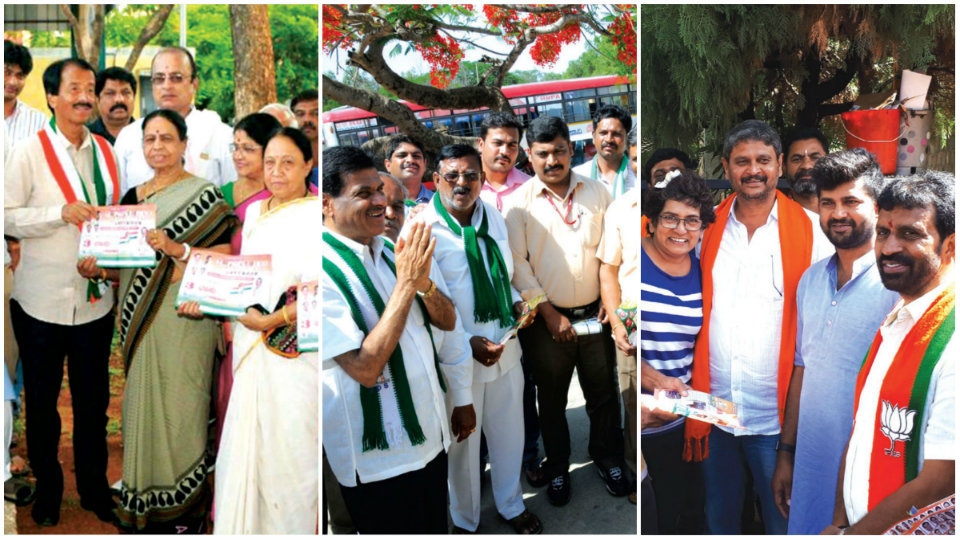 Campaigning picks up in Chamaraja

Mysuru:  With hardly five days left for public campaigning for the May 12 Assembly polls, campaigning has picked up in Chamaraja Constituency, with candidates taking out brisk door-to-door campaign across the Assembly segment. 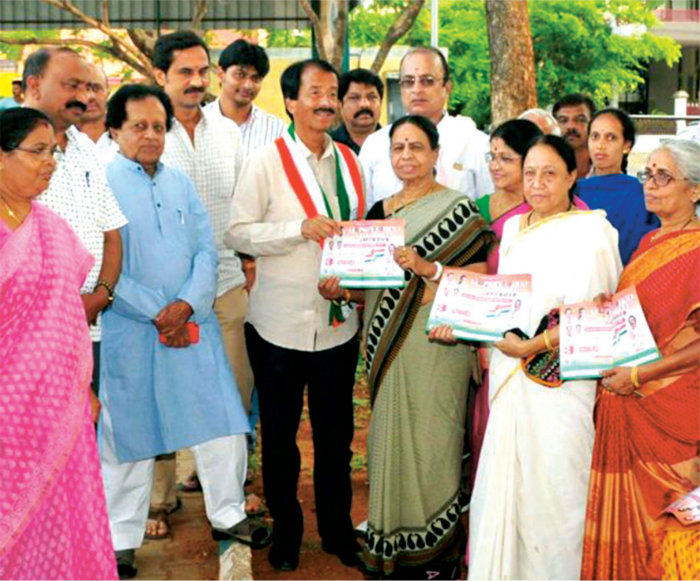 Chamaraja Constituency Congress candidate MLA Vasu (centre), along with his followers, undertaking a brisk campaigning in the constituency yesterday; 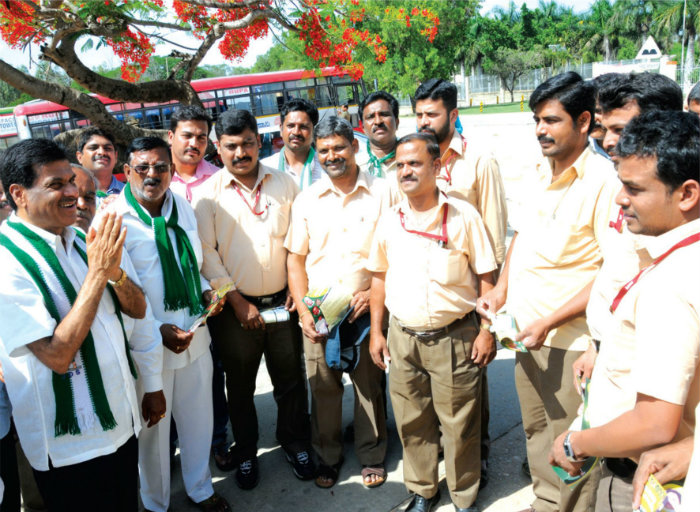 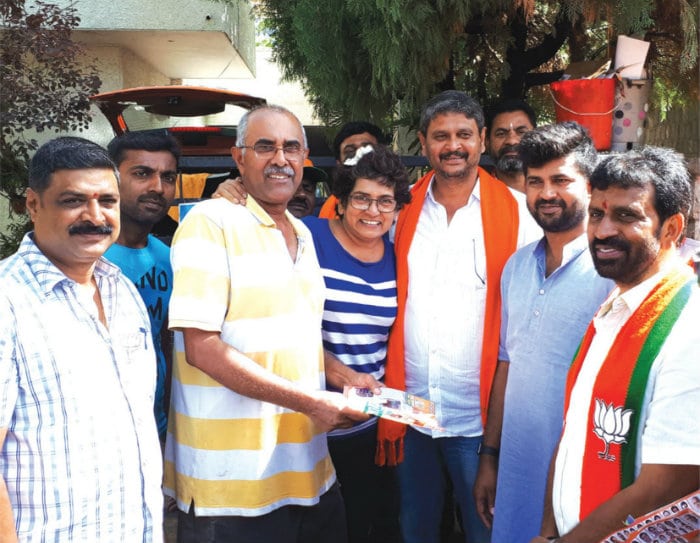 AAP candidate Malavika Gubbivani, who had launched her campaign early this year itself, stepped up her campaign by taking out padayatra in different areas of the constituency.

JD(S) rebel leader K. Harish Gowda, who is contesting as an Independent candidate, stepped up his campaign by undertaking door-to-door campaign in different localities coming under the constituency.