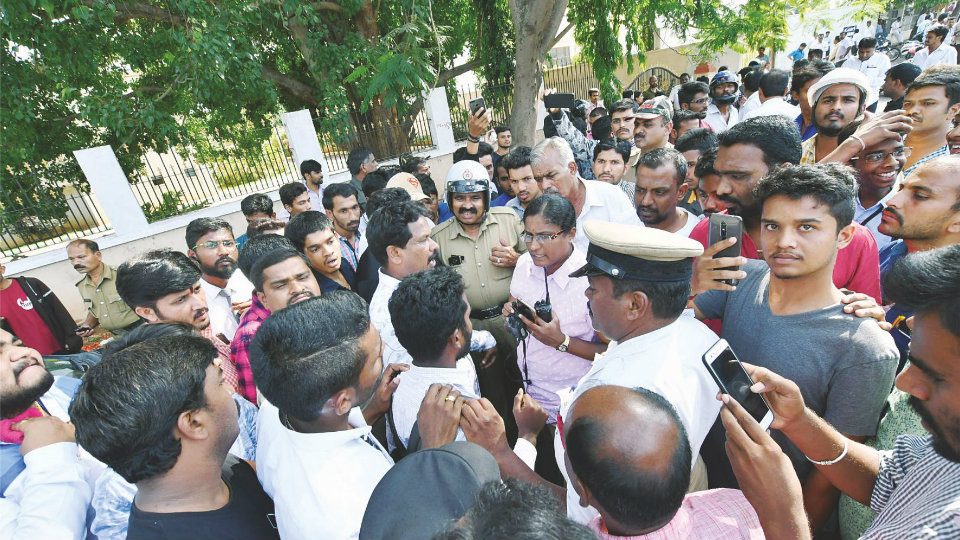 Mysuru:  A helmetless bike rider, who tried to escape from the Police, hit the barricade near Paduvarahalli signal and sustained serious injuries. The students and the public who gathered at the accident spot held the Police responsible and blocked the road for some time.

The youth, who was injured is Akshay Kumar, a student of Vidya Vikas College. Kumar came on the bike last evening from Manasagangothri side and took a left turn near the Hunsur Road Signal. On seeing the Police in checking drive, he tried to escape from them by zipping but lost control of his bike and hit the barricade and fell down. As he was seriously injured,  he was immediately rushed to a hospital.

The public and the students who were witness to the accident displayed their anger against the Police by blocking the road. They alleged that as the Police had placed a barricade to prevent people from escaping, the youth was injured and they should be held responsible.

V.V. Puram Police reached the spot and brought the situation under control.

There was tight Police bandobust for some time to prevent any untoward incident.