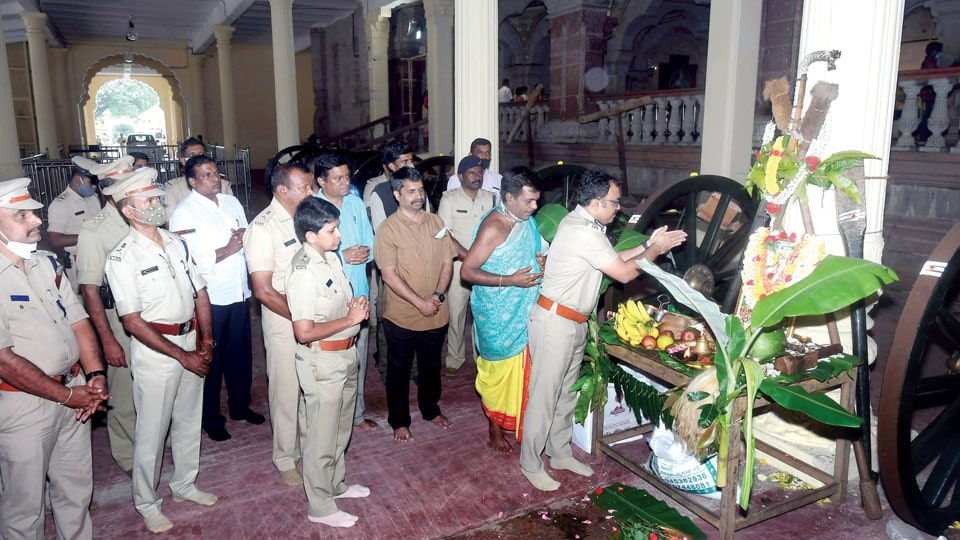 Speaking on the occasion, Dr. Chandragupta said puja was performed to cannons that will be used for firing during Jumboo Savari and added that dry rehearsal will be held for 15 days.

Pointing out that Dasara festivities will be launched on Oct. 7, the Top Cop said that preparations are being held for the launch besides stating that festivities would be held successfully.

To acclimatise Dasara elephants to cannon firing sound during Dasara procession on Vijayadashami Day, popularly known as Jumboo Savari, these cannons will be used during the rehearsals performed days before the festival.

Also, ‘dry talim’ or rehearsal with unloaded cannons is undertaken to train the 35 members or ‘Pirangi Dala’ involved in this ritual of cannon firing. Five personnel from ‘Pirangi Dala’ have been deployed for each cannon and on Jumboo Savari day, 21 rounds would be fired using these seven cannons.