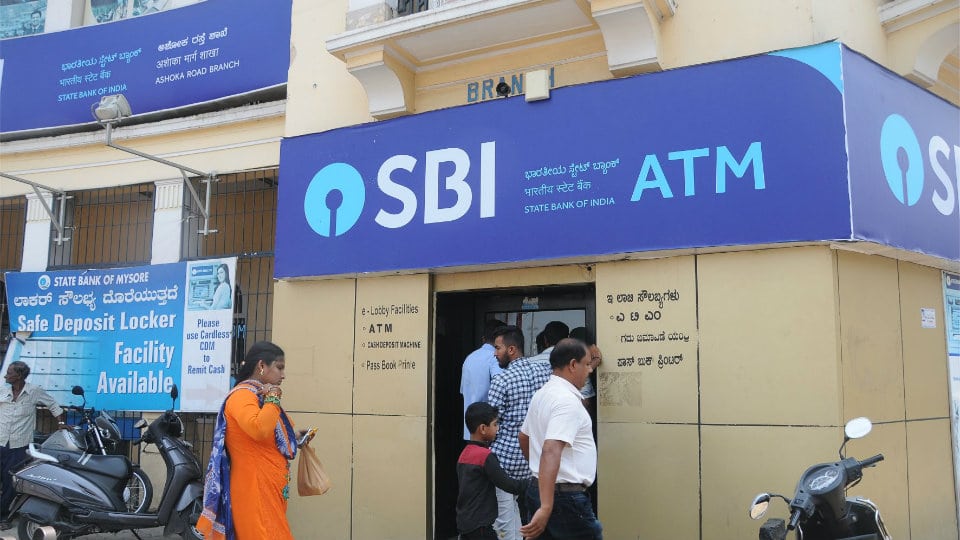 Mysuru: Demonetisation blues seems to have returned to haunt the residents of Mysuru as most ATMs have gone cashless since a few days due to severe cash crunch, making people to run from one ATM to another to get cash but in vain.  Security guards of most of  the ATMs in city had hung ‘No Cash’ or ‘Under Repair’ boards, which prompted the public to frantically go in search of cash or stand in queues in front of a few ATMs that had cash.

Meanwhile, Lead Bank Manager K. Shivalingaiah, speaking to SOM, confirmed the cash crunch and ATMs running out of cash. He said that due to insufficient supply, there is shortage of cash in ATMs, which is leading to ATMs running out cash very soon and added that he has spoken to Controlling Officers of all banks, who told him that they have issued indent for cash.

Stating that the problem of cash crunch would be solved in 3-4 days, Shivalingaiah said that he was in constant touch with higher officials to solve the issue at the earliest.

Sources said that there are about 733 ATMs in Mysuru district and 527 ATMs in the city, which is usually loaded with about Rs. 20 lakh in Rs. 2,000, Rs. 500 and Rs. 100 denominations daily to cater to the cash needs of the people. Since there is a decline in currency supply from the RBI in Bengaluru, the ATMs were fast running out of cash. The RBI in Bengaluru supplies cash which is routed to the currency chests of the major banks in the district.

There are 13 currency chests belonging to various banks, out of which eight chests belong to the State Bank of India and the remittance to each currency chest is not only based on the usage but also cash availability, sources added.