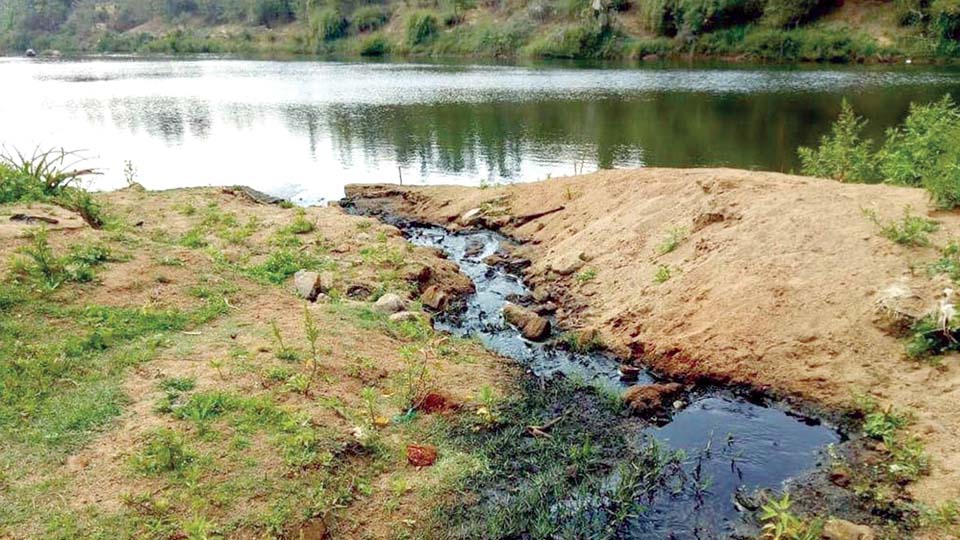 Mysuru:  Jal Shakthi Ministry has told the Parliament that 17 river stretches in Karnataka including River Cauvery, Kabini and Lakshmanatheertha that flow in Mysuru district are polluted due to relentless discharge of sewage, industrial waste and other effluents. The industries are located in the catchment areas of the Rivers.

The Karnataka State Pollution Control Board (KSPCB) is regularly monitoring the water quality of rivers and other water bodies through a network of monitoring stations. The data released by the KSPCB for the months of January and February 2021 shows that in the month of January, samples were collected from eight stations like Cauvery stretch at Krishna Raja Sagar (KRS) Dam, Shimsha near Maddur town, Kushalnagar town, Srirangapatna town, Mandya town, K.R. Nagar Bridge, K.R. Nagar town and Lakshmanatheertha that flows in Hunsur town.

The data of not even a single stretch has been classified as ‘Class A’ which indicates potable water. They have been classified as ‘Class C’ and ‘Class D’. In KSPCB terms, ‘Class A’ is that drinking water source without conventional treatment but after disinfection. ‘Class B’ is that water which is fit for drinking after treatment. ‘Class C’ is drinking water with conventional treatment followed by disinfection and ‘Class D’ is fit for propagation of wildlife and fisheries — not fit for drinking purposes.

Tests were conducted in the month of February this year at eight points — Cauvery at KRS Dam near Balamuri Kshetra, Sathegala Bridge, Kabini at Causeway Suttur, Shimsha at Halagur Bridge, Srirangapatna in the surroundings of Road Bridge, at Kushalnagar near Beechanahalli, River Lakshmanatheertha at Hunsur and Kabini at Sargur village.

The monitoring of rivers is done on a monthly basis under National Water Quality Monitoring Programme (NWMP). This programme is executed by Central Pollution Control Board (CPCB), in collaboration with KSPCB. Water samples are analysed for 27 parameters, which include 9 core parameters, 18 physico-chemical and bacteriological parameters along with field observations.

The biggest threat to Cauvery is release of sewage into rivers due to absence of Sewage Treatment Plants at towns and villages situated on the banks of the river. At Srirangapatna, immersion of ashes of dead bodies is causing the river to pollute and also there is large amount of industrial pollution. Making the matters worse, several tile factories, coffee pulping waste and automobile industries discharge waste water relentlessly into River Cauvery.